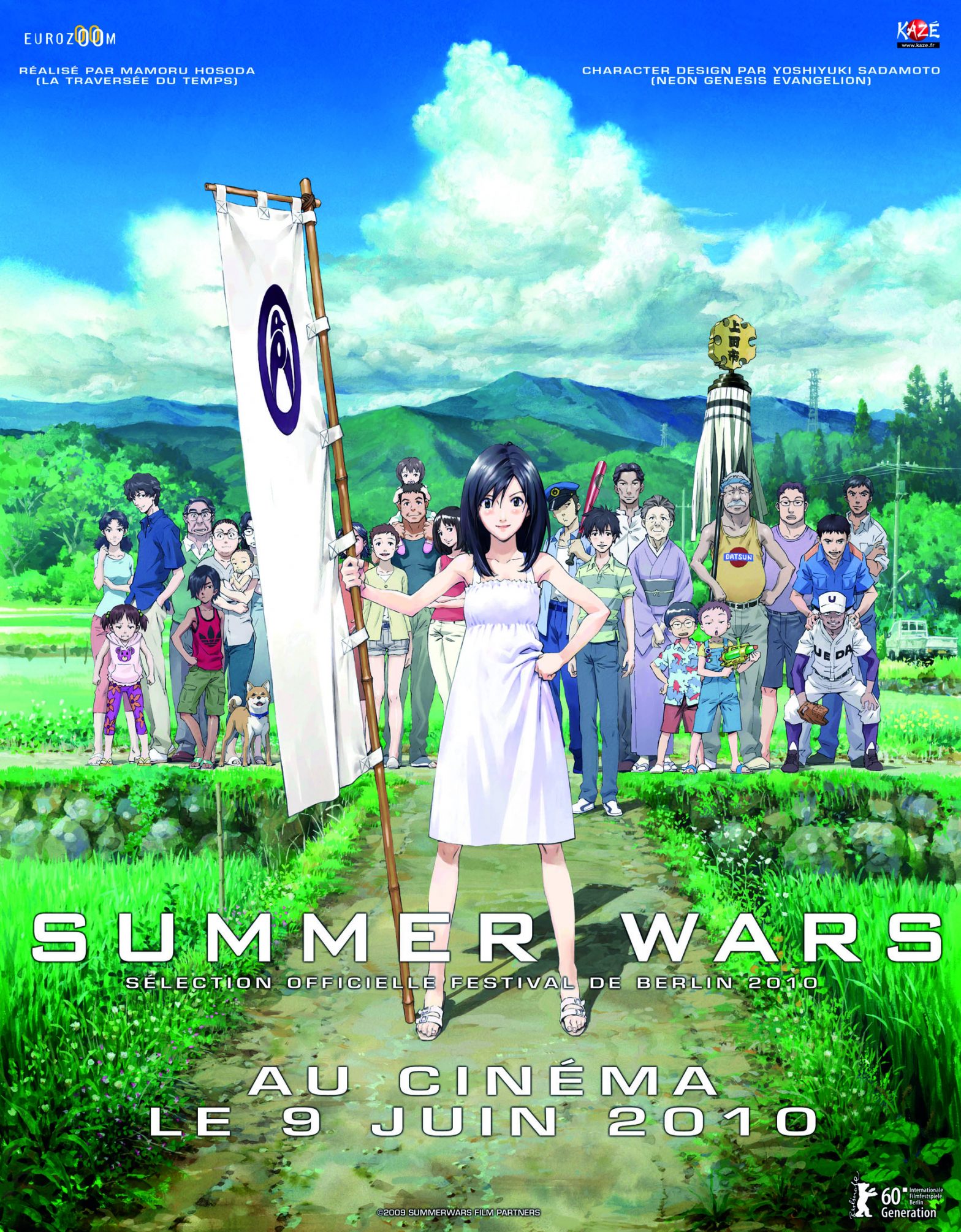 Welcome to the world of Oz : the ultimate internet community platform. Connecting through computers, television or cell phones, millions of avatars feed this biggest online social network, where people can lead a life free from the limits of reality. Kenji, a shy high school student, who’s very gifted in mathematics, has a summer job maintaining the infrastructure of Oz. To his big surprise, his dream girl, the beautiful Natsuki, invites him to accompany her to Nagano, the city of her birth. He finds himself amidst the traditional feast of the Jinnouchi clan. Kenji soon figures out that he has only been invited to play the part of Natsuki’s future husband for the sake of making a good impression on her great-grandmother, the matriarch of the clan. At the same time, Oz is attacked by a virus, leading to global chaos. With the help of Kenji, the Jinnouchi clan goes on a true family crusade to save the virtual world and its inhabitants. Summer Wars is a real treat for anime lovers. Its director, Mamoru Hosada, amazed us in 2007 at the BIFFF with the remarkable and highly praised The Girl Who Leapt Through Time. The production was in the hands of the revolutionary animation studio Madhouse ( Paprika, Hells ). Hosada, who learned the tricks of the trade from Hayao Miyazaki and who’s increasingly seen as the successor to the Japanese Disney, weaves a wonderful contrast between the idyllic countryside and the tradition values of Natsuki’s family and the highly technological universe of Oz. With its unforgettable characters, its astounding images and its imaginative story, Summer Wars has already assured itself a place in the pantheon of anime classics.