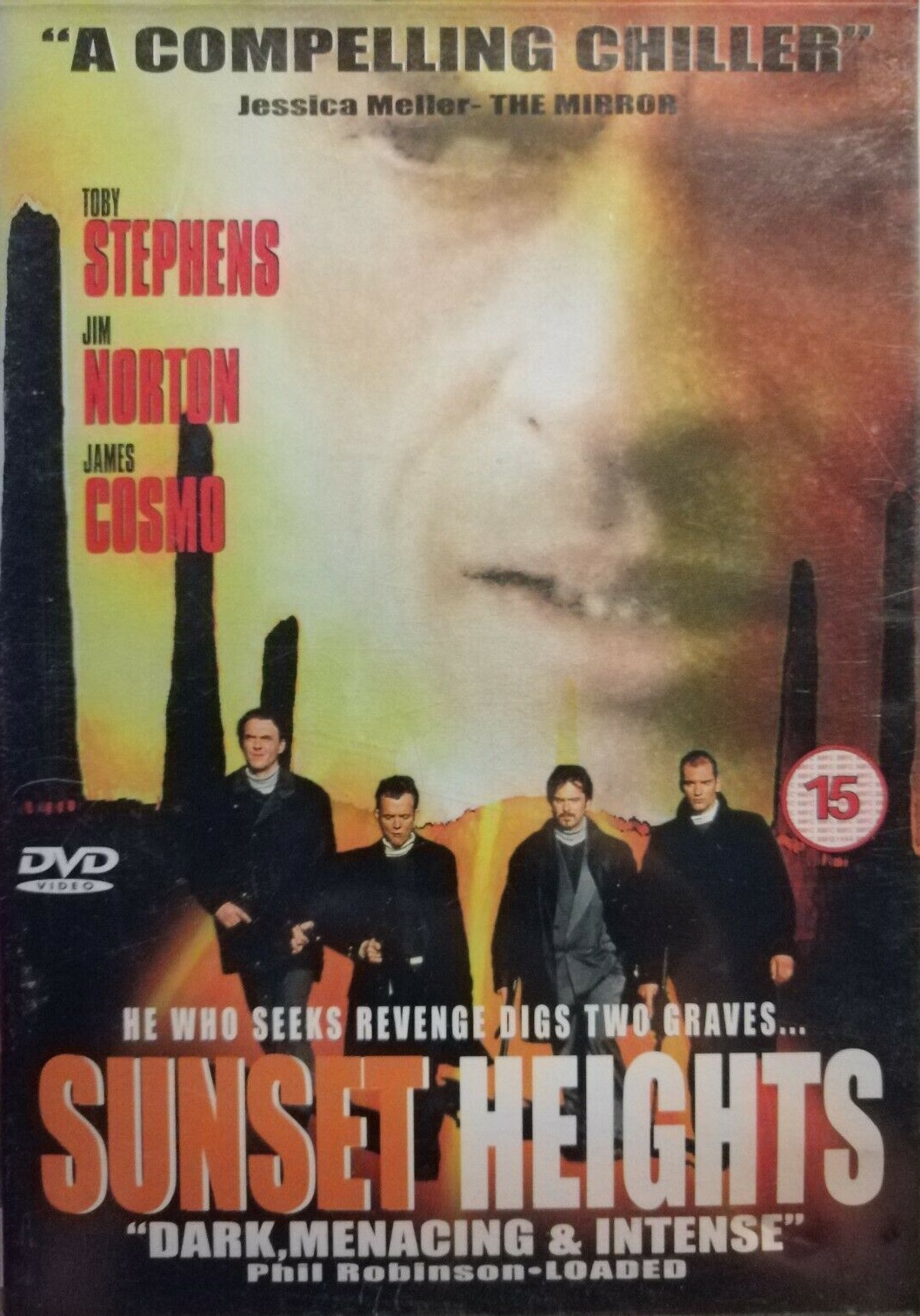 A city in Ireland in the near future. An uneasy peace has hung over the city for a number of years now. Law and order is maintained by two rival gangs, the Boilermen and the Westies. Between them they rule the city. Luke Bradley is an ordinary citizen who has avoided being involved with either of the gangs… until his child is murdered, the latest in a series of child killings which have swept the town. Each side has been effected by these deaths. Bradley is approached by Friday Knight, the leader of the Westies, to broker a deal with the Boilermen, to join forces and find the culprit. Local rumour and whisper lead both gangs to Sam Magee, an old preacher and religious recluse. The preacher, pleading his Innocence, is taken to Sunset Heights, a pagan stone circle, where the Druids once performed magical rites to their God of the Sun. There he is tried, executed and buried. Normality returns. When another child goes missing, accusations fly between both sides. Following sightings of the preacher around town, the gangs go together to dig up the grave and find to their horror that the body has vanished. Terror and suspicion sweeps through their ranks. No one can be trusted. Bradley is caught in the middle as he desperately tries to find the murderer before everyone is destroyed.
Sunset Heights, the long feature film debut of writer-director Colm Villa, is a futuristic thriller set in Northern Ireland, ten years after the British army withdrew from the scene. Warlords and gangster factions have sprung up in the aftermath of sectarian violence and are now faced with a common enemy. The truth is no longer the truth and what appears to be real is no longer real. Sunset Heights stars Toby Stephens (Orlando, Photographing Fairies), one of Britain’s finest young actors, as Luke Bradley and acclaimed actor Jim Norton (Hidden Agenda, Memories of an Invisible Man, Straw Dogs) as Sam “Preacher” Magee.