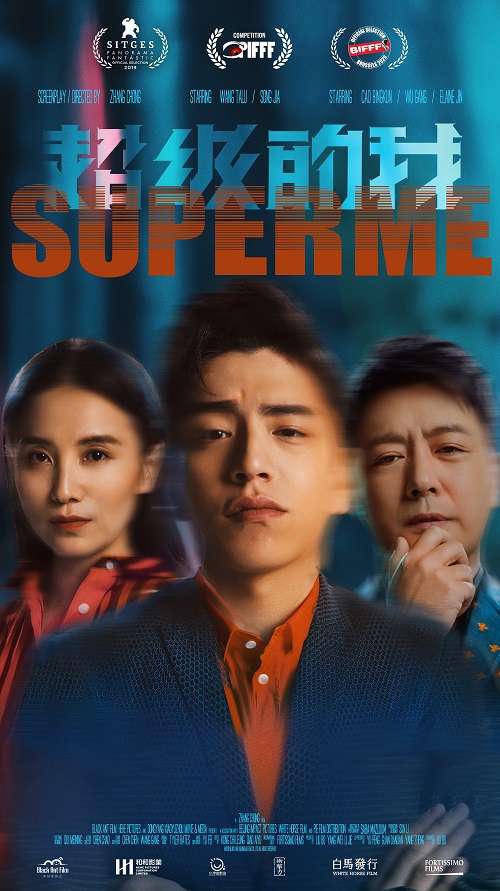 At our favorite Chinese restaurant – Mr. Wrong’s Shoalin Chop Suey – we just looove the fortune cookies after meals. Our most recent one? “Success will flourish in the area of the workplace, yielding benefits of all kinds. Finances will be booming for the entirety of the year and your income might even double!” Well, we’re still slaving away for starvation wages here at the BIFFF, but apparently a certain Sang Yu has the recipe for success. He may not look like much at first, a long-haired suicidal sad sack with a failed script writing career and sleeping problems, and yet he’s one of the richest men of his generation. His secret? Battling a big-ass blue demon – no, not the Mexican wrestler – in his sleep and the instant before waking up snatching one of the pretty shiny objects that lie about… Ming vases, golden crowns, even a Maserati – they all end up in his bed the next morning. Talk about turning rich overnight! All of the sudden his scripts sell like hot-dogs, the girl of his dreams starts to notice him… But she’s not the only one: a bunch of gangsters also take up an interest in Sang Yu… Get rich or die tryin’ – the Chinese way, that’s to say in a mix of action, comedy, horror, romance and fantasy!