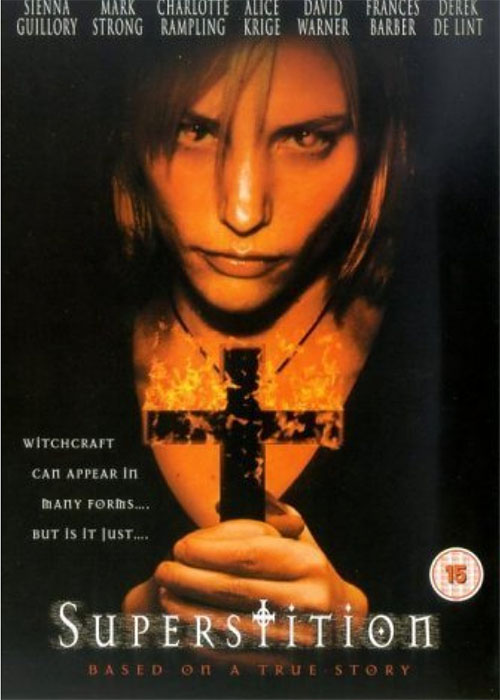 Julie is a 19-year old English nanny hired by a wealthy Italian couple to take care of their baby son. When her charge dies in a mysterious fire that destroys the family home, the finger of blame seems to point at Julie. She is accused of being a witch by the Italian press. Her only hope lies in the hands of defence lawyer Antonio Gabrieli, a deeply private and gentle man who is still grieving over the loss of his young wife in a car accident. When a series of further unexplained fires begin, Julie seems irredeemably implicated. Then Gabrieli is contacted by Dr. Roberto Fallachi, an expert in the supernatural who suggests to him that Julie might be possessed. Together, with the help of former psychiatrist Frances Matteo, they try to prove Julie’s innocence. In a final unveiling of the shatte-ring events from Julie’s past, the terrible truth is revealed. Superstition, inspired by a criminal case which caused outrage in 1980ties Italy, is the long feature debut of experienced commercial director Kenneth Hope. In this psychological thriller, the two leads, Sienna Guillory (Sorted) as Julie and Mark Strong (Fever Pitch), are bonded together by their own personal tragedies. With a strong supporting cast of seasoned actors such as Charlotte Rampling (Night Porter, Angel Heart) as Dr. Frances Matteo, Frances Barber (Z.O.O., Shiner), David Warner (Time Bandits, Scream II), Alice Krige (Star Trek : First Contact, The Little Vampire) and Derek de Lint (The Assault, Deep Impact).