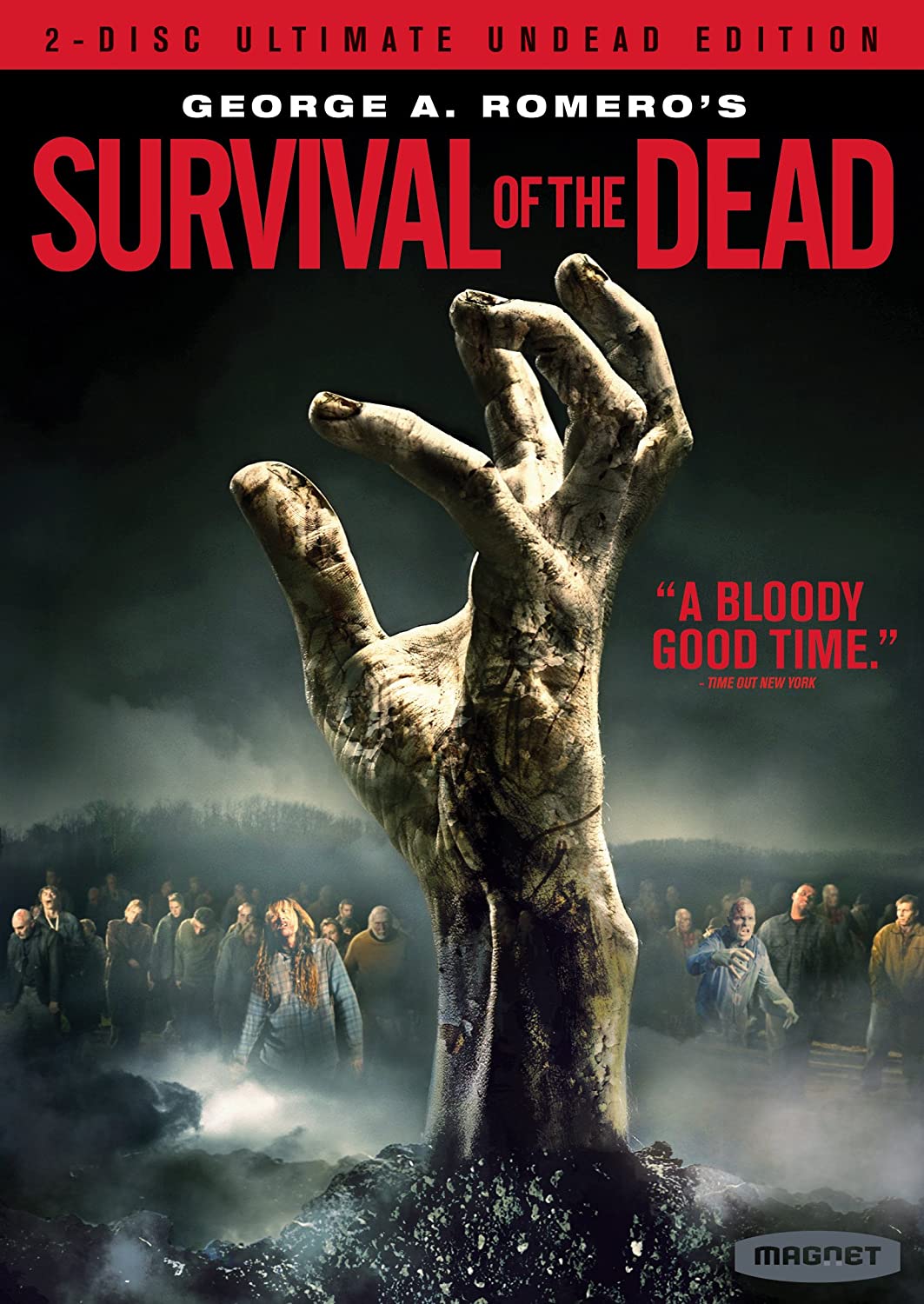 SURVIVAL OF THE DEAD

A small island off the American coast. It’s been six days since the dead have started to walk the Earth. Two local Irish families, the O’Flynn’s and the Muldoons, clash over how to react to the zombie outbreak. The patriarch of the O’Flynn’s believes in zero tolerance and wants to destroy everyone who’s been contaminated. The family head of the Muldoons prefers to lock them up, especially when they’re family members, until a cure has been found. It comes to a confrontation and the O’Flynn’s are forced to flee to the mainland. They post a video on YouTube, in which they call upon everyone to come to the island, hoping for it to be overrun by zombies. A band of soldiers, accompanied by a mysterious adolescent, see the video and set out for the island. After a dangerous journey, they finally reach what they hope to be a refuge. What they find, will test their survival instincts to the limits. It’s as if George A. Romero has found his second youth. After Diary of the Dead ( BIFFF 2008 ), he unleashes Survival of the Dead, his sixth zombie movie. The fans will have lots to look forward to : Romero’s trademark grim humour, the monotonous mumblings of the undead, the sound of rotting limbs falling of, some exquisitely gory scenes, a healthy dose of social criticism and the tense struggle to survive in a world where death is walking up to you at a snail’s pace.