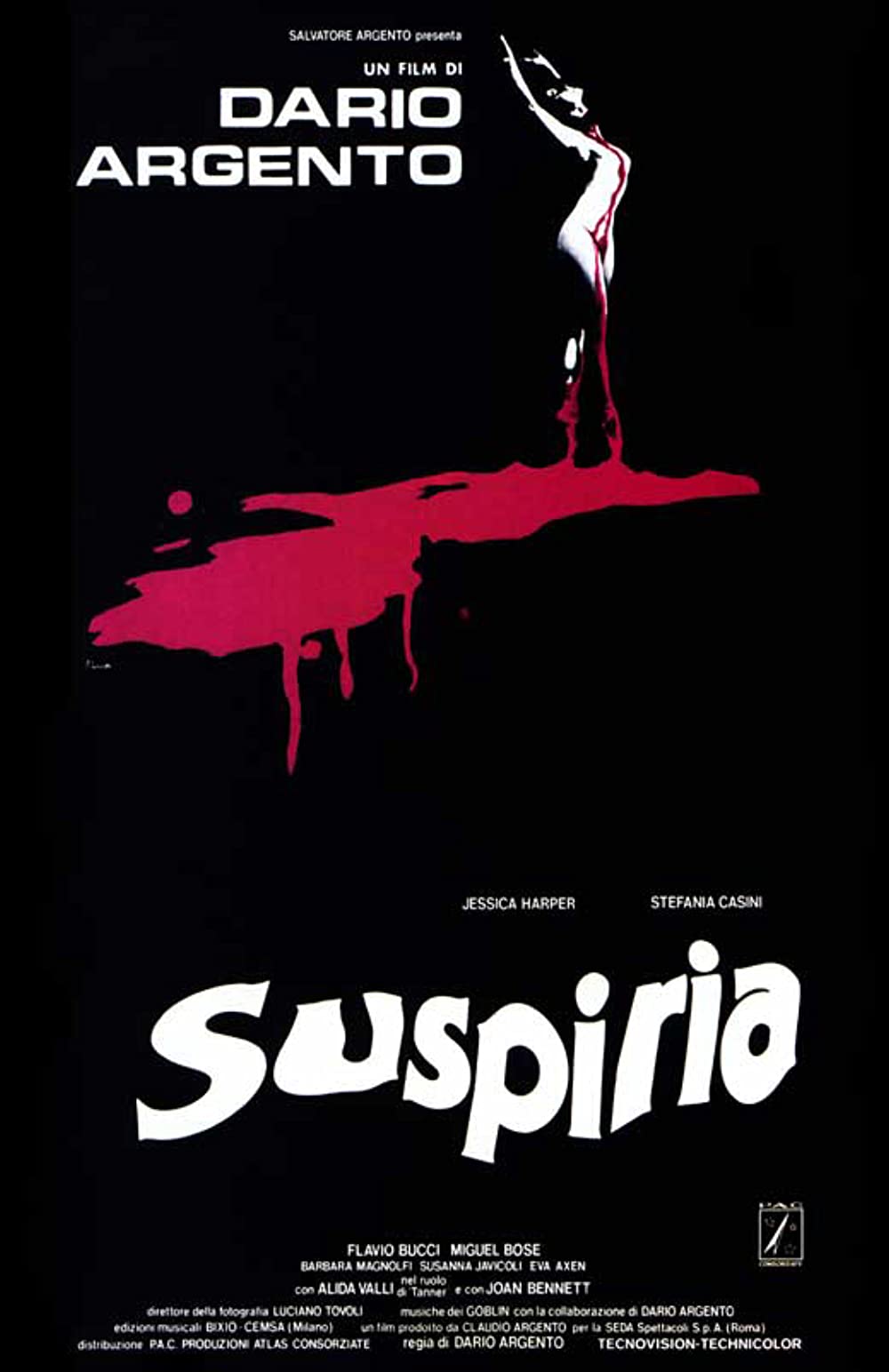 Suzy, a young American ballerina arrives in Fribourg to take lessons at the academy led by Madame Blank. Strange occurrences, cases of possession (dreams, violence) seem to indicate that some deceased people are still dancing there. One might say that Dario Argento is one of those directors who show remarkable creativity in their esthetic choices. Discovered by the critics in the seventies with his first films, The Bird with the Crystal Plumage, The Cat o’ Nine Tails and Four Flies on Grey Velvet. Suspiria has the same style as its predecessors, but gets Argento public recognition. He can finally put his name besides the great masters of fantastic cinema.