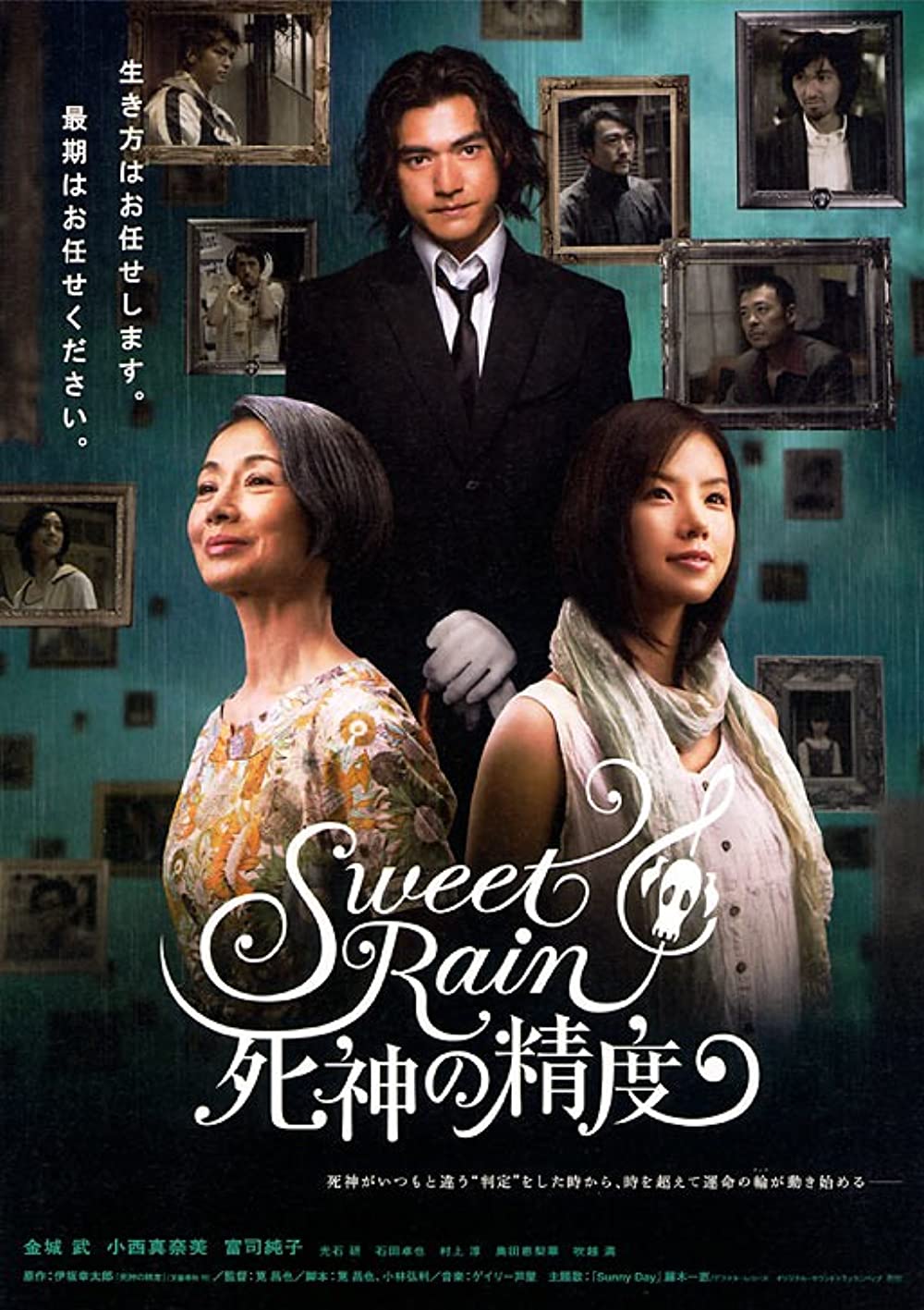 Not every human death is controlled by the Grim Reapers. Only the ones which appear “accidental” are determined by them. Chiba is a Grim Reaper who loves music. He spends his time listening to music in CD shops whenever possible. He appears completely like a human being, but as a reaper, he has a special ability. When he touches someone with his bare hands, that person passes out. So he usually has to wear white gloves. Somehow, it always rains when he works. Chiba has never seen a blue sky. His job is to determine whether the human that is going to die is ready for the afterlife. He has 7 days to examine his target and decide if they are to live or to die. His current subject is Kazue Fujiki, an office worker in the complaint department of a manufacturing company. Exhausted after her day, she emerges from her office. It’s time for the Grim Reaper to go to work. Wong Kar-Wai regular ( Chungking Express, Fallen Angels ) and House of Flying Daggers star Takeshi Kaneshiro plays Chiba, the Grim Reaper in Sweet Rain, a moving fantastic tale by debut long feature director Masaya Kakehi. His story is set in three different years : 1985, 2007 and 2028. The three parts are intricately linked to each other, forming a well-constructed heart warming story that will make you conscious of the small but precious stories in your own life.