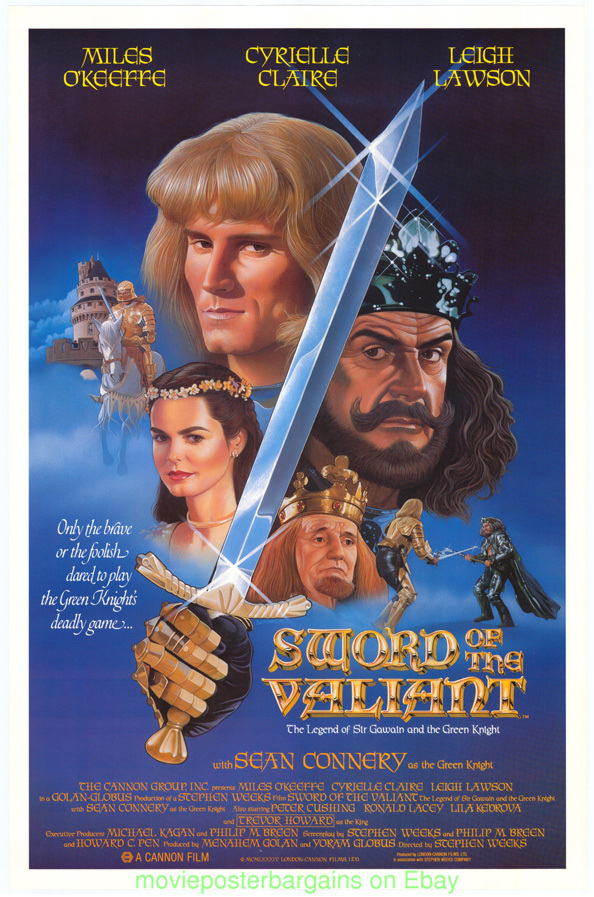 SWORD OF THE VALIANT: THE LEGEND OF SIR GAWAIN AND THE GREEN KNIGHT

King Arthur is certain that the Knights of the Round Table are going to degenerate. He decides they have to undergo a test to show they are worthy of their place at the round table.
In an answer to his announcement a «green knight» presents himself, who proposes a strange challenge; behead him in one strike. Who fails, will be beheaded himself. Only «Gawein» accepts. He beheads his rival in one strike! With disbelief he watches the green knight pick up his head and put it back on his body. The green knight now gives him 4 riddles, which he will have to solve within one year.