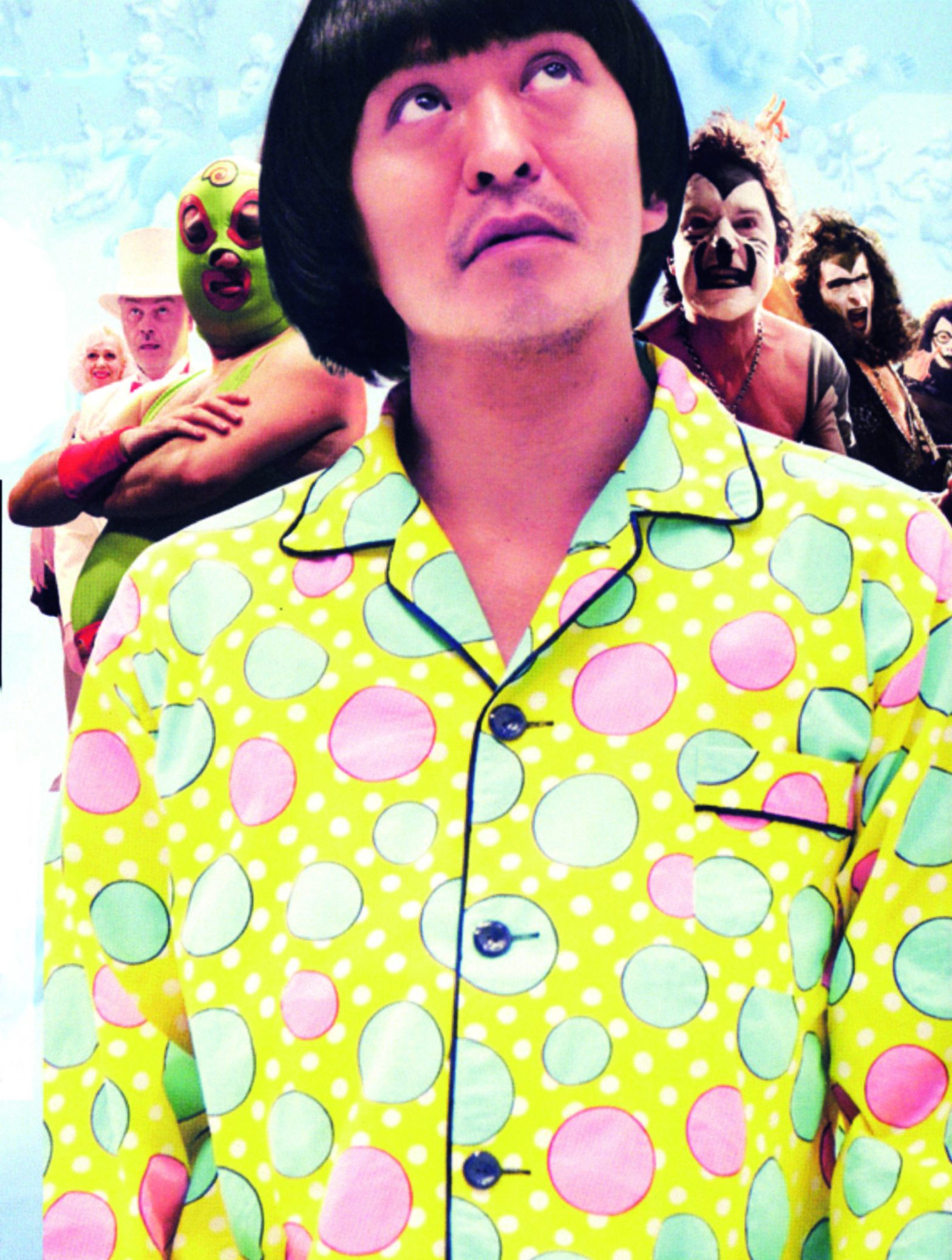 A man without a name and only wearing a brightly coloured pyjama, wakes up in a white, empty room. He doesn’t know where he is, he doesn’t know how he got there neither how he can get out of the room. But the man will soon realize that the place functions according to its own bizarre logic, a logic he has to figure out in order to escape. In Mexico, a middle aged man wearing a green wrestling mask, is enjoying his breakfast. His name is Escargot Man and he is one of the foot soldiers of the lucha libre. It’s the morning before his final wrestling match, which his son will attend. What’s the connection between Escargot Man and Pyjama Man ? We know Hitoshi Matsumoto as the director of the weird and wonderful superhero satire Dai-Nipponjin ( BIFFF 2007 ), but in Japan he’s as famous as Takeshi Kitano, where he also became a household name as a member of a comedy duo. Contrary to Kitano, Matsumoto skipped the phase of directing yakuza films and immediately profiled himself as a highly original and eccentric movie maker. Symbol is another brilliant achievement. This surreal comedy effortlessly connects the manga universe with absurd humour and popular culture. You have to see it to believe how Matsumoto succeeds in bringing together his two completely different storylines and ending them in a satisfying conclusion. Symbol is impossible to describe, yet completely unique.