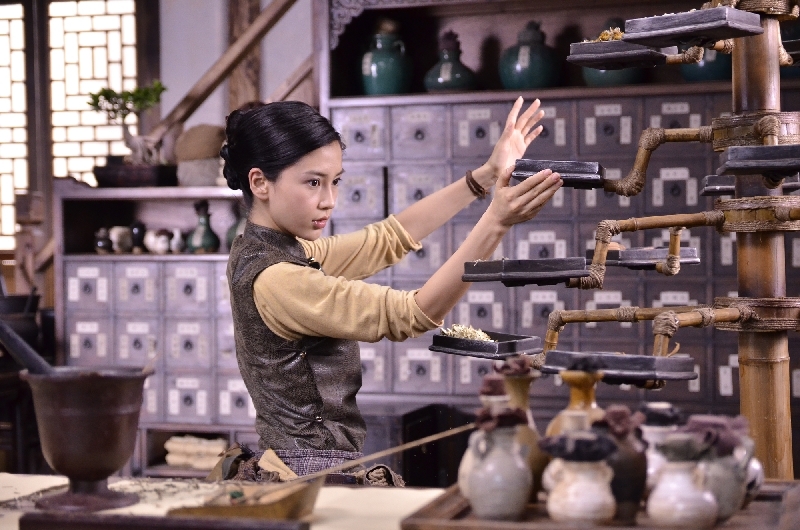 After Lu Chan heroically stopped the plans of the railroad company to wipe the village of Chen off the map, master Chen finds a shortcut to initiate their savior into the secrets of their Tai Chi martial arts, which is forbidden for outsiders. He marries him to his daughter Yuniang, despite the protest of the latter. This trick does not manage to soothe the worries of the village elders. Decades ago a monk prophesized that their community would be destroyed if their martial arts would spread beyond the village’s borders. The return of Zaiyan, eldest son of master Chen, only causes more trouble. He hasn’t only become a Tai Chi master, his arrival also seems to put the prophesy in motion. Meanwhile Feng, the villain who wanted to destroy the village, has no intention to acknowledge defeat. He conspires with Duke Fleming of the East India company to get his revenge. The second part of Stephen Fung’s martial arts steampunk trilogy is not as wild and wacky as the first part and takes more time to elaborate the story and the characters. But don’t worry. Tai Chi Hero does not lack in action or ingenious machines to fire things up. The finale, a duel between two kung fu masters at a most unusual location, is one of the most impressive fight scenes in recent years. On the acting front, Peter Stormare Peter Stormare (Fargo, The Big Lebowski, Armageddon) joins the cast as the perfidious Duke Fleming.