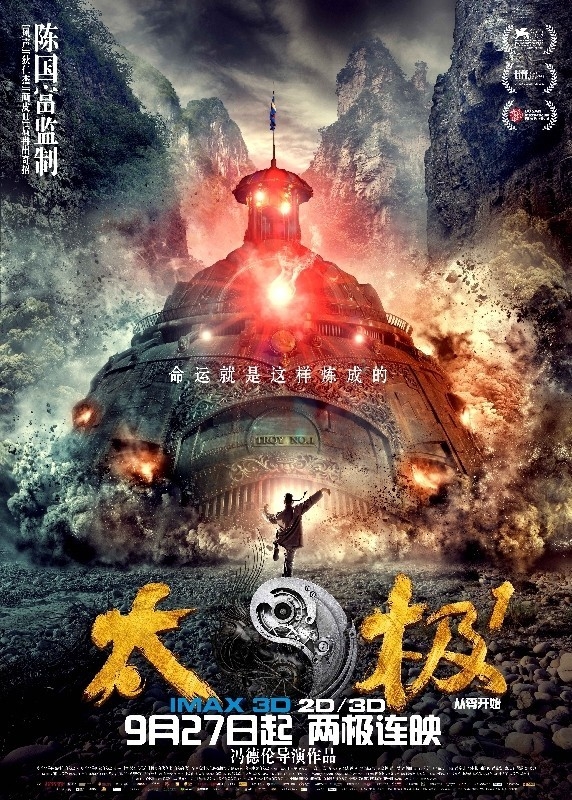 Lu Chan was born with a bump on the head, a sign that he’s destined for greatness. Unfortunately he also has the talent to wind up in the wrong place at the wrong time. After getting involved in a battle between rebels and the troops of the Qing dynasty, he has to flee to the legendary village of Chen, where everybody is a martial arts master. The inhabitants use their powerful Chen Tai Chi style in every aspect of their daily lives. Lu Chan thinks he has hit the jackpot and want to become a disciple, but it is strictly forbidden for the villagers to teach it to outsiders. Everybody, from young to old, join forces to discourage Lu Chan. After a while, he’s bruised and battered from countless defeats. But when an outcast from the village returns with a powerful steam machine and wants to destroy the village to make way for a railroad, only Lu Chan is capable to resist… because of that strange bump on his head. Steampunk meets martial arts in the first part of Stephen Fungs spectacular and epic trilogy. Tai Chi Zero is a flashy concoction of styles and influences, with an aesthetic borrowed from video games, pop art images and, of course, steam punk. Actor-director Fung ( House of Fury, Generation X Cops ) could count on choreographer Sammo Hung ( Ip Man, Detective Dee ) for the dazzling action scenes. Jayden Yuan, former world champion Wushu, makes his acting debut as Lu Chan and seems set to become the next Jet Li. He gets help from Tony Leung Ka Fai ( Election, Detective Dee ) and Qi Shu ( The Transporter ) as the village elder and his beautiful, but feisty daughter.