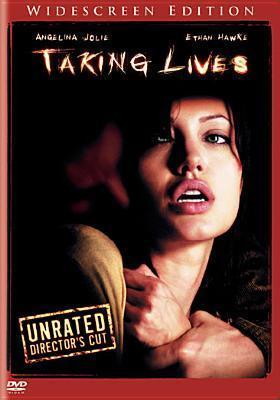 The intuitive, unconventional approach of top FBI profiler Illeana Scott often makes the crucial difference between catching a killer and sending a dead-end case to the cold file. Now the Montreal police needs help from an outsider to get inside the head of a serial killer and Illeana is eager to join the case. With meticulous insight, she theorizes that the chameleon-like killer is “life-jacking”; assuming the lives and identities of his victims. As the pressure mounts to catch the elusive murderer, Illeana’s unorthodox methods alienate her from the investigating team. When an unexpected attraction sparks a complicated romantic entanglement, she suddenly finds herself on a twisted and terrifying journey, surrounded by suspects in a case that has become chillingly personal.

Taking Lives, a psychological thriller in the vein of Se7en and Silence of the Lambs by director D.J. Caruso (The Salton Sea), will keep you on the edge of your seats until the very end. With a top notch cast, including Angelina Jolie (The Bone Collector, Tomb Raider), Ethan Hawke (Gattaca, Training Day), Kiefer Sutherland (Dark City, TV’s 24), Olivier Martinez (Unfaithful, S.W.A.T.) and Gena Rowlands (A Woman Under The Influence, Gloria), and a soundtrack composed by Philip Glass (Koyaanisqatsi, The Hours).