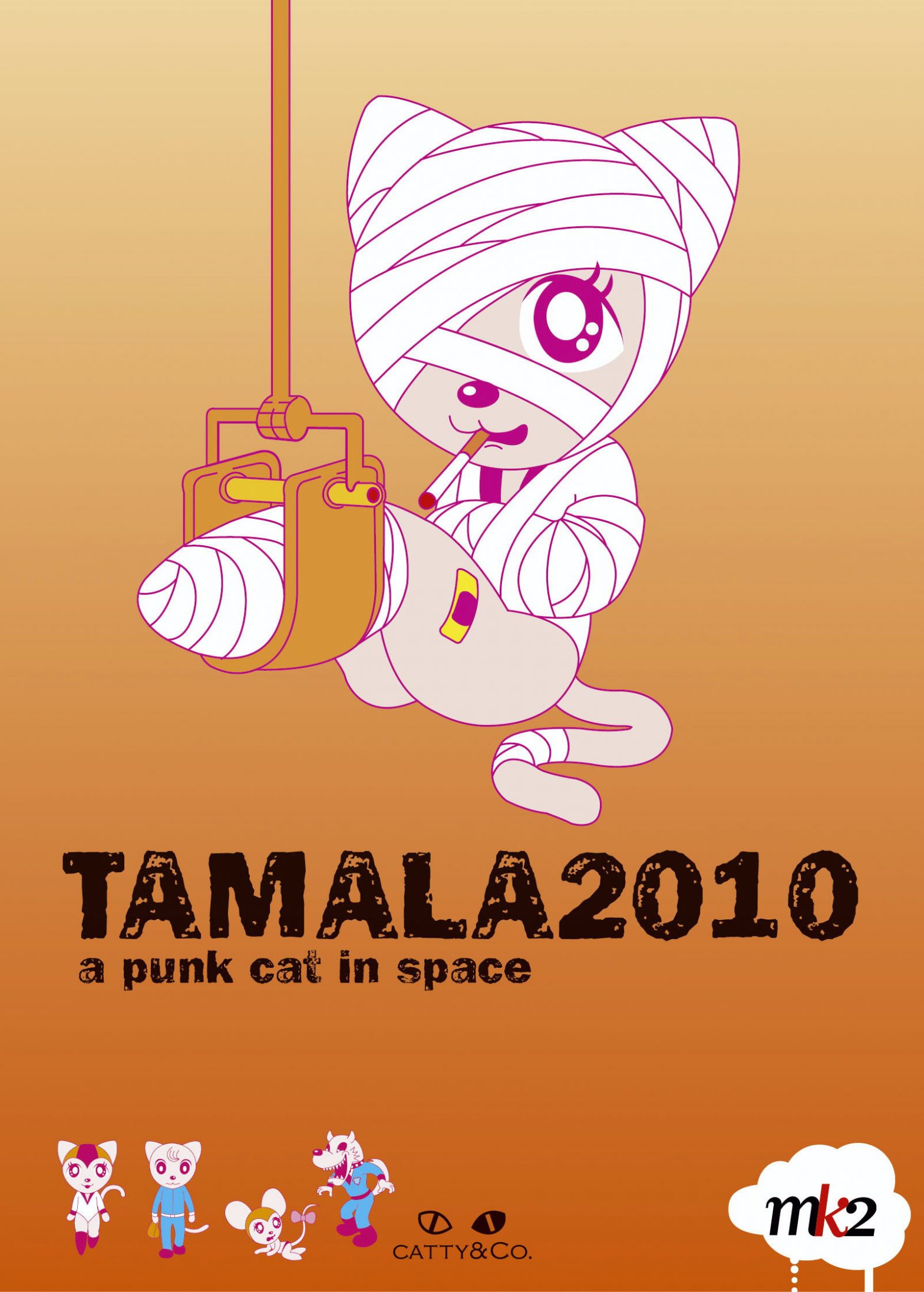 It’s the year 2010 on Cat-Earth. The giant conglomerate Catty & Co. is about to bring the entire Galaxy of Cats under its control. On her first birthday, punk cat Tamala blasts off aboard her pride and joy, the spaceship Vanpla Turbo 1, heading for her birthplace in the constellation Orion. However, she hits an asteroid near the small planet of Q and falls into its atmosphere. Q is a barbarous planet of endless war and terrorism between the Dog and Cat tribes. Tamala picks up a tomcat named Michelangelo and they set off for the big city. But they are being stalked by Kentauros, a bizarre pedophile police dog who keeps a baby mouse prisoner and takes fetish photos of her. When Tamala fall into Kentaurus claws, the unimaginable happens. This surrealist piece of anime chronicles the interstellar adventures of Tamala, a foul-mouthed, chain-smoking punk rock kitten in heat. Created by t.o.L, a multi-talented duo with a background in commercials, video clips and cd cover design, Tamala 2010 is a psychedelic oddity, set to a trance-like techno soundtrack and filled with random and peculiar imagery. Its simple animation is filled with visual references to pop culture icons like Hanna-Barbera, Stanley Kubrick, the Beatles and the videogames of the early 80ties. An added attraction is the voice-over talent of French actress Beatrice Dalle (Betty Blue).