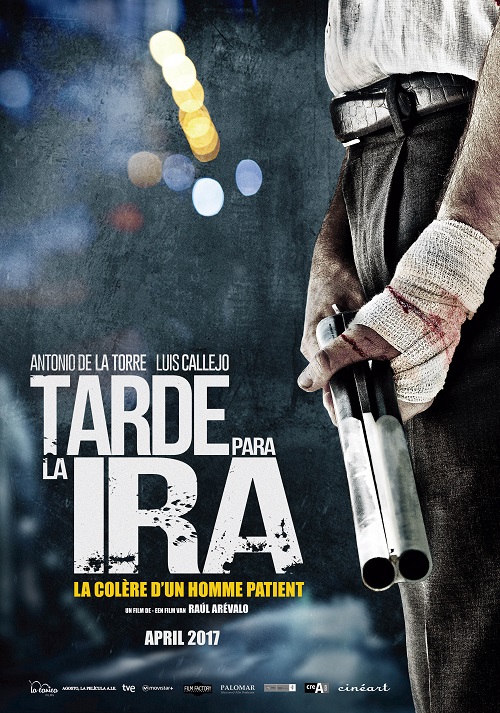 Madrid, August 2007. Curro is the only one arrested for the robbery of a jewelry store. Eight years later, his girlfriend Ana and their son are waiting for Curro to get out of prison. José is a solitary and reserved man who just doesn’t seem to fit in anywhere. One morning he goes for a coffee at the bar where Ana and her brother work. That winter his life gets interwoven with the others at the bar, who take him in as one of their own. This is especially the case with Ana, who sees this newcomer as an outlet for her distressing life. Having done his time, Curro gets out with the hope of starting his life with Ana over again. But everything has changed in just a very short time. Carlos Saura meets Sam Peckinpah in the directorial debut of actor Raul Arevalo (To Steal From A Thief, Marshland). Tarde para la ira (The Fury of a Patient Man) is a wild and bold vengeance thriller, shot with a confidence and intensity that are surprising for a debut feature. Arevalo has clearly paid close attention to what he has seen, experienced and endured on the film sets of others. This is not a film that will leave you indifferent. Its mind-blowing plot and its visceral style will take your breath away. Right from the opening scene, the film grabs hold of the viewer and leads them in pursuit of the characters, sticking to them like glue. Curro and José are depicted like animals in a cage, both physically and emotionally, full of rage, ready to snap at any moment. Tarde para la ira, the big winner of the 2017 Spanish movie awards, stars Antonio de la Torre (Neon Flesh, The Last Circus), Luis Callejo (My Big Night, Smoke and Mirrors) and Ruth Diaz (The Appeared).