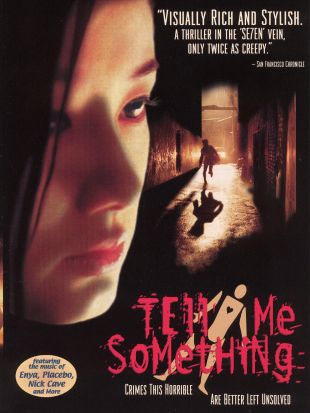 Two mutilated corpses have been found. Each is missing a particular body part. The police have no clue to the killer’s motive. When a third murder is committed, an intentional clue is left which leads the police to Su-Yeon. The case now takes on a new dimension when it is discovered that all three victims were previously her lovers. Convinced that Su-Yeon is the key to these serial killings, Detective Cho, believing that Su-Yeon’s memory holds the clue to finding the murderer, tries to get into her mind. Tell me something… the conversation begins. Chang Yoon-Hyun (Korea, 1967°) graduated in 1989 from Hanyang University with a degree in Electrical Engineering. He first received attention as a director with his independent student film For The Elite. He then studied Producing at the Hungarian National Film School. Upon returning to Korea, he gained experience working with an underground film group on two political films, Oh, Dream Nation and The Night Before The Strike. Chang Yoon-Hyun’s debut feature The Contact was the Korean top grossing film of 1997 and launched a wave of interest in domestic films. In Tell Me Something, his second feature, Chang again deals with the theme of communication but uses a dramatic approach that is different from his first film. He believes that in a group-oriented society such as Korea, the inability to communicate with others can lead to isolation, murder and violence.