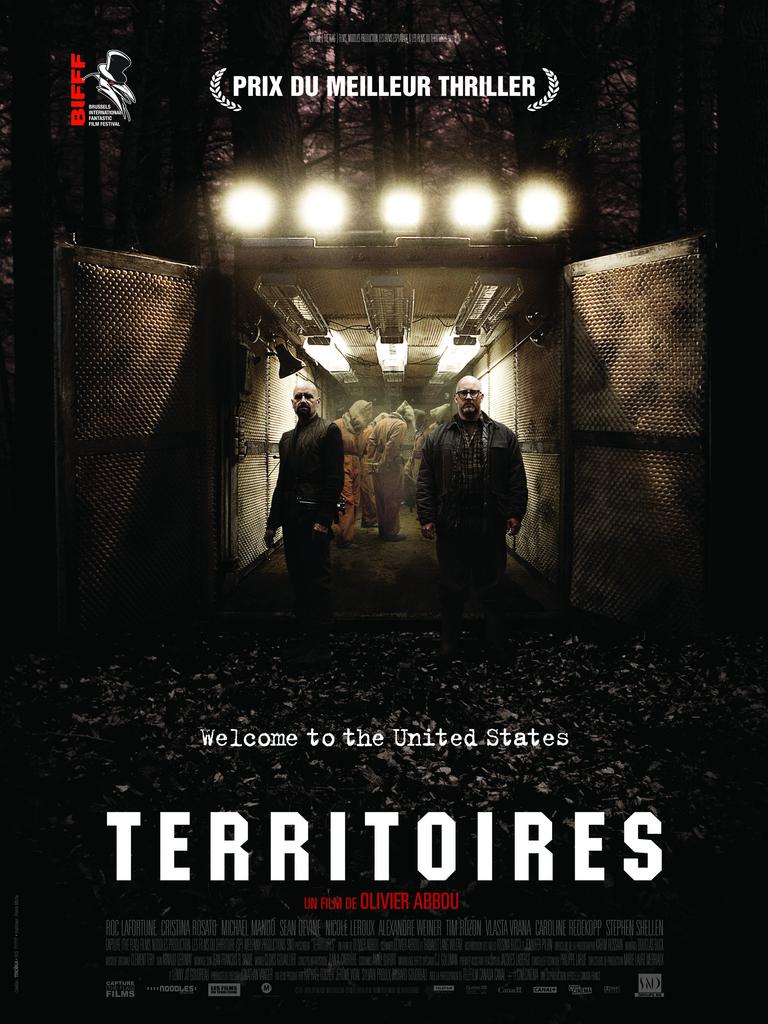 Canada, near the US border. Jalil, Leslie, Michelle, Gab and Tom are driving back home after a wedding. A car blocks the road, forcing them to stop. It’s the border police. The officers check their ID. They seem suspicious. Their questioning slowly intensifies. They seem particularly intrigued by Jalil and question his identity. As good citizens, the group stays calm. After all, they’ve done nothing wrong… Except for that broken light… And the marijuana found in the car… The tension rises. Leslie tries to get Tom’s medication from the car, but the officers prevent her. The police check turns nasty and the group is cuffed. Leslie protests, only to be tied to a post and given an “intimate” body search in front of her friends. The officers then suspect their little dog to be a drug mule… and rip it open with a knife! The situation spirals out of control. Someone is shot. The group is dragged off to a special jail in the heart of the forest. Stuffed into cages, along with questions, they’ll need to find answers. Or a way out. A first long feature film for French director and writer Olivier Abbou, Territoires is a real bombshell. The way he treats his prisoners is nothing else but Guantanamo Bay at the Canadian border, which is sure to provoke some controversy in the US. Produced by Capture the Flag (The Horde) and simultaneously shot in French and English for a broader distribution, Territoires can also rely on safe bets, such as cinematographer Karim Hussain (Hobo with a Shotgun, Walled In), actor Sean Devine (The Whole Nine Yards) and Nicole Leroux (The Core).