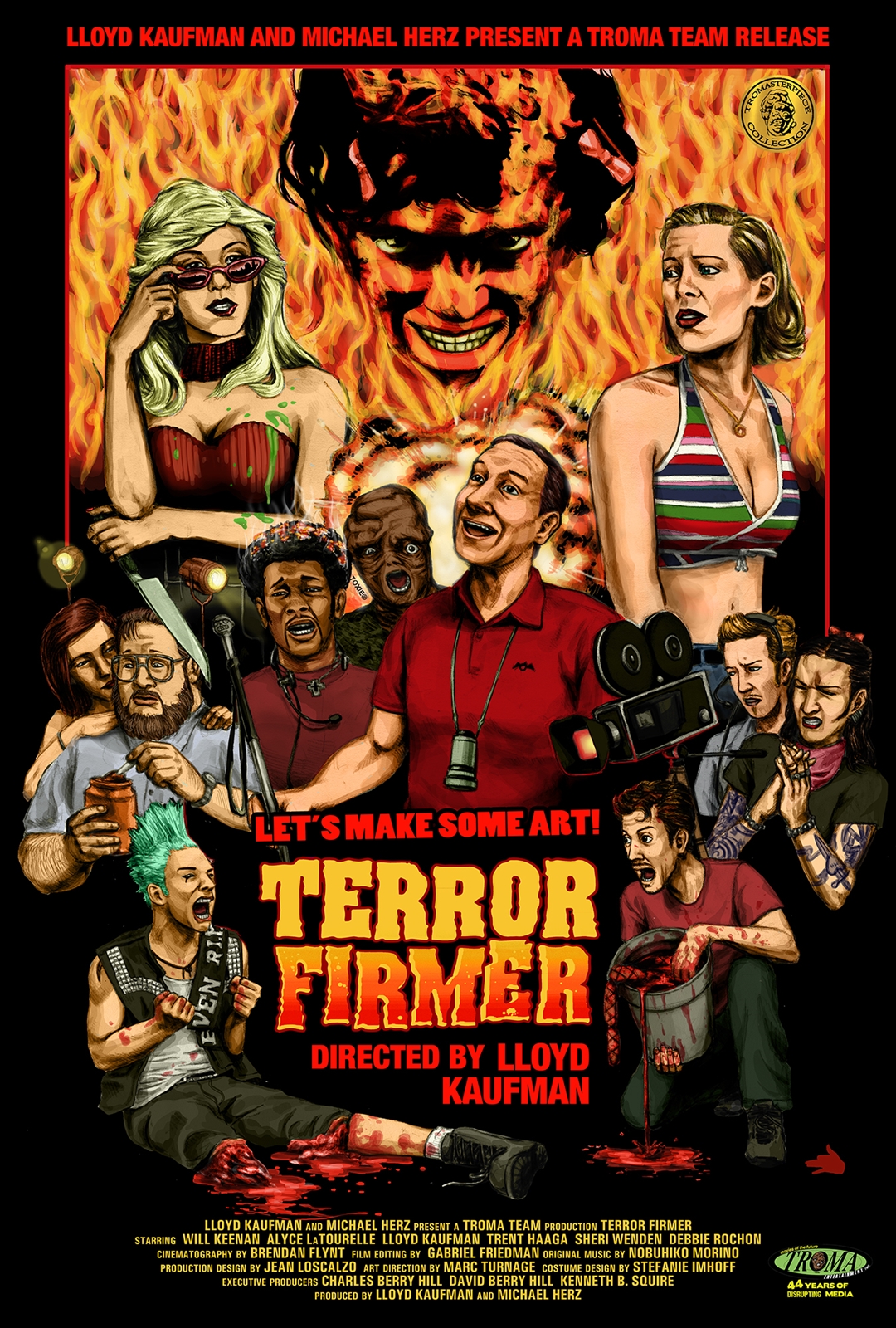 In Terror Firmer, we follow the exploits of the members of a film crew, led by blind low budget film director Larry Benjamin. As they suffer the multiple slings, arrows and gunshot blasts of outrageous fortune inherent in limited budget filmmaking, they are steeled by their director’s constant call to arms that they “make some art”. In addition to the standard trials and travails (failed special effects, testy crew, insane actions,…) inherent in the task, they are beset by a sexually conflicted serial killer who takes pleasure in victimising members of the cast and crew. Terror Firmer is inspired by Troma godfather Lloyd Kaufman’s hit book “All I Need To Know About Filmmaking, I Learned From The Toxic Avenger”, the shocking true story of the first 25 years of Troma. This famous and notorious film company has fashioned their long story of success from defying the mainstream, bucking current trends and flaunting convention, all in the service of making the kind of movies which Hollywood often neglects. Terror Firmer is the ultimate realisation of Troma’s antiauthoritarian aesthetic, mixed with generous quantities of erotic content and gallons of simulated blood. While the film contains many anecdotes from Kaufman’s acclaimed tome, Terror Firmer infuses these tales with myriad elements that contrast high and low art, comedy and tragedy, sincere melodrama and black humour. It is all part of a very funny, strange and satisfying movie experience. A must for Troma fans.