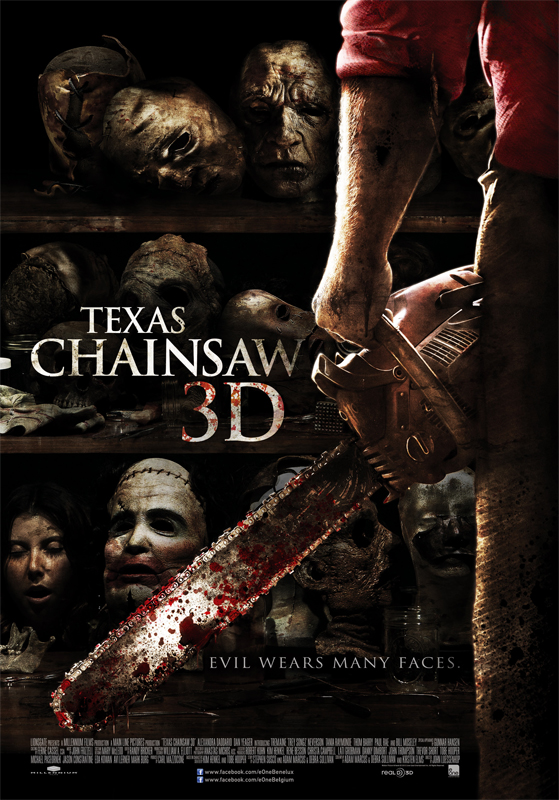 A blood splattered girl runs screaming from the house of a family of psychopathic killers, chased by a masked maniac in a chainsaw. A bit later, a mob of angry locals arrive who torch the house and everybody in it. The definite end of a stain on their community. But we all know that in scary movies it’s never over, even when it’s over. Twenty years later. Beautiful Heather is not really surprised when she finds out that her white trash parents aren’t her real mum and dad. Even better, her recently deceased grandmother has left her with a mansion in Texas. Accompanied by her friends, she sets off to the Lone Star State to inspect her new property. Unfortunately it comes with a live-in resident who has a preference for heavy garden tools. Director John Luessenhop ( Takers ) returns to the blood-soaked roots of Tobe Hooper’s renowned horror franchise. What we get is rock solid old school horror where tension is king and you don’t need explicit violence or digital wizardry to make us pee in our pants. Genre conventions are respected until it’s time to play with them, just as we like it. Alexandra Daddario ( Bereavement, Percy Jackson and the Lightning Thief ) impresses with her lung capacity and her inventiveness as Heather. One thing’s for sure. Leatherface is back in town !