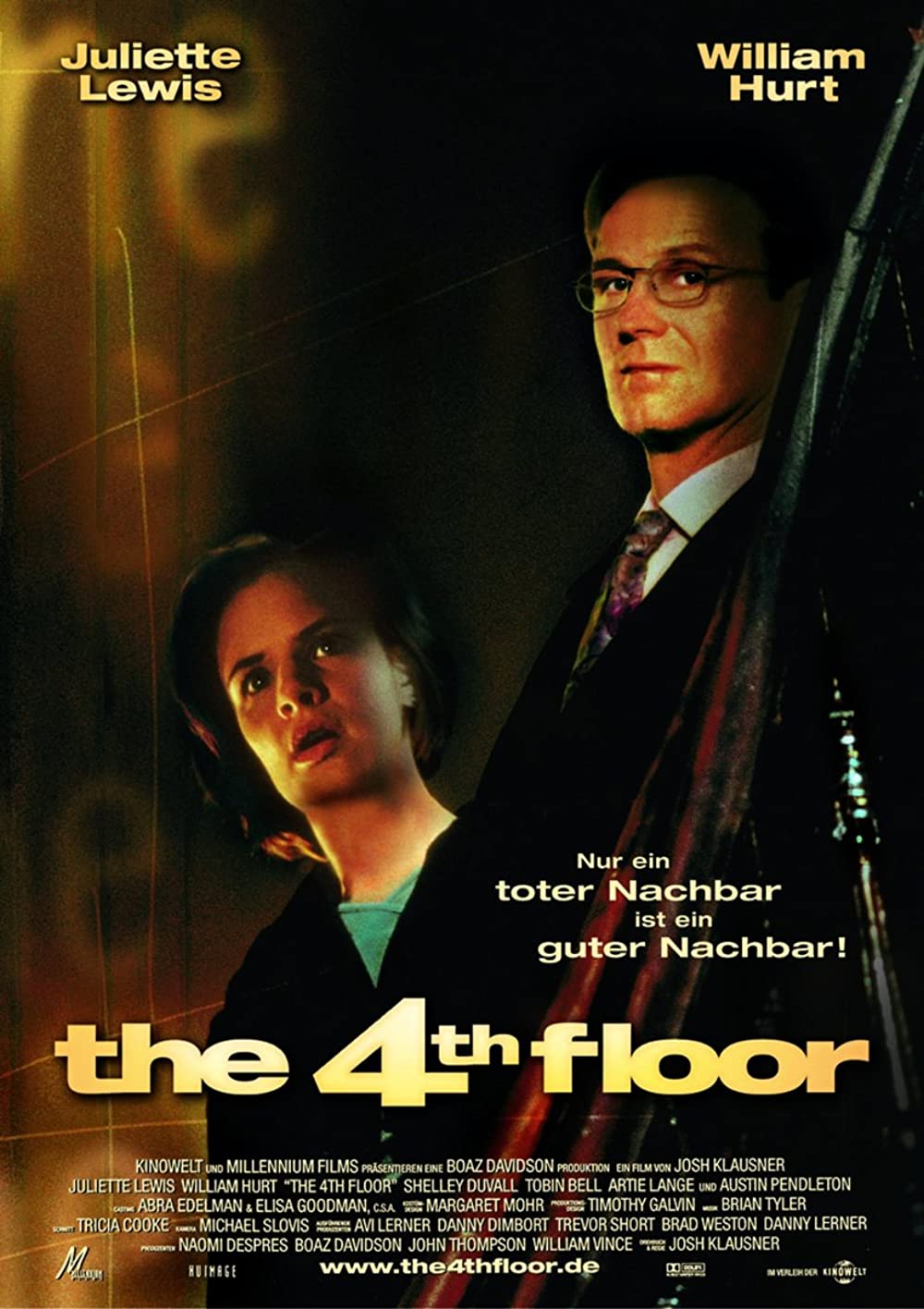 Finally, Jane Emelin has the chance to live on her own. Despite objections from her boyfriend, Greg Harrison, who wants her to move in with him, Jane installs herself in the brownstone apartment she inherited from her aunt. Martha Stewart, her older, but energetic first floor neighbour, introduces her to the rest of the occupants. There’s the Bryants, a deaf elderly couple; the dashing Mr. Collins; Alice, a hermit who was a friend of Jane’s aunt and the supervisor, Jerry, slightly retarded and living in the basement. Jane is enchanted by the neighbourhood. But Alice, who lives below her, is far from friendly. She keeps sending Jane ever more hostile notes. And then there’s the bizarre behaviour of the balding man, her neighbour across the way. Greg thinks she’d better pack her bags and come back to him, but Alice doesn’t want to give up her apartment. Then things start to escalate. In the big cities of the U.S.A., terrorised by money hungry landlords and sky high rent prices, there’s nothing more precious than an apartment of one’s own. But even then you can not sleep soundly, because there are always… the neighbours. The 4th Floor, directed by Josh Klausner unites some very talented actors. The versatile Juliette Lewis (Cape Fear, Natural Born Killers, From Dusk Till Dawn) plays Jane Emelin. William Hurt (The Accidental Tourist, Smoke, Dark City) is Greg Harrison and Shelley Duvall (The Shining, Time Bandits, Portrait of a Lady) plays Martha Stewart.