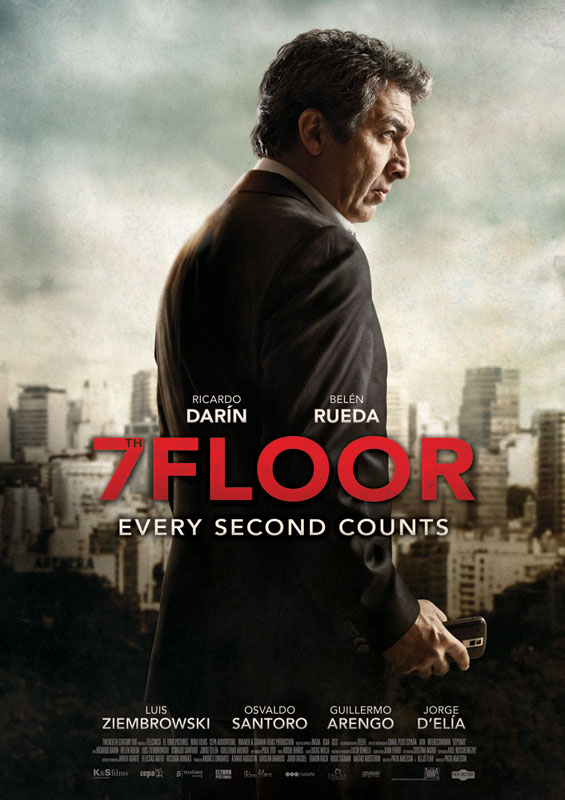 “This day will make or break Sebastian. The trial of his career is about to start in Buenos Aires. His client is a powerful and corrupt civil servant and there’s lots of money to be gained. Saying that Sebastian’s a bit stressed, is quite the understatement. He just has time to pass by his ex-wife Dalia to pick up his two kids for school. As always they insist on descending the seven flights of stairs on foot and then race their father to the elevator. It’s their little game and Sebastian willingly participates because it pisses off Dalia. But this time, there’s no trace of them to be found on the ground floor. Harassed by increasingly urgent phone calls from the court, Sebastian is absolutely not in the mood to play hide and seek with his offspring. Soon he begins to realize that they never made it downstairs. It’s as if they went up in smoke. Then his mobile rings again, and this time it’s not the court. The first long feature of Patxi Amezcua disposes of all the right thrills and chills: ever increasing tension, a diabolical pace which reminds you of films like John Badham’s Nick of Time or Polanski’s Frantic, a hefty dose of contagious paranoia and the dream cast of Ricardo Darin ( The Secret In Their Eyes, Nine Queens ) and the magnificent Belen Rueda ( The Orphanage, Julia’s Eyes ).”