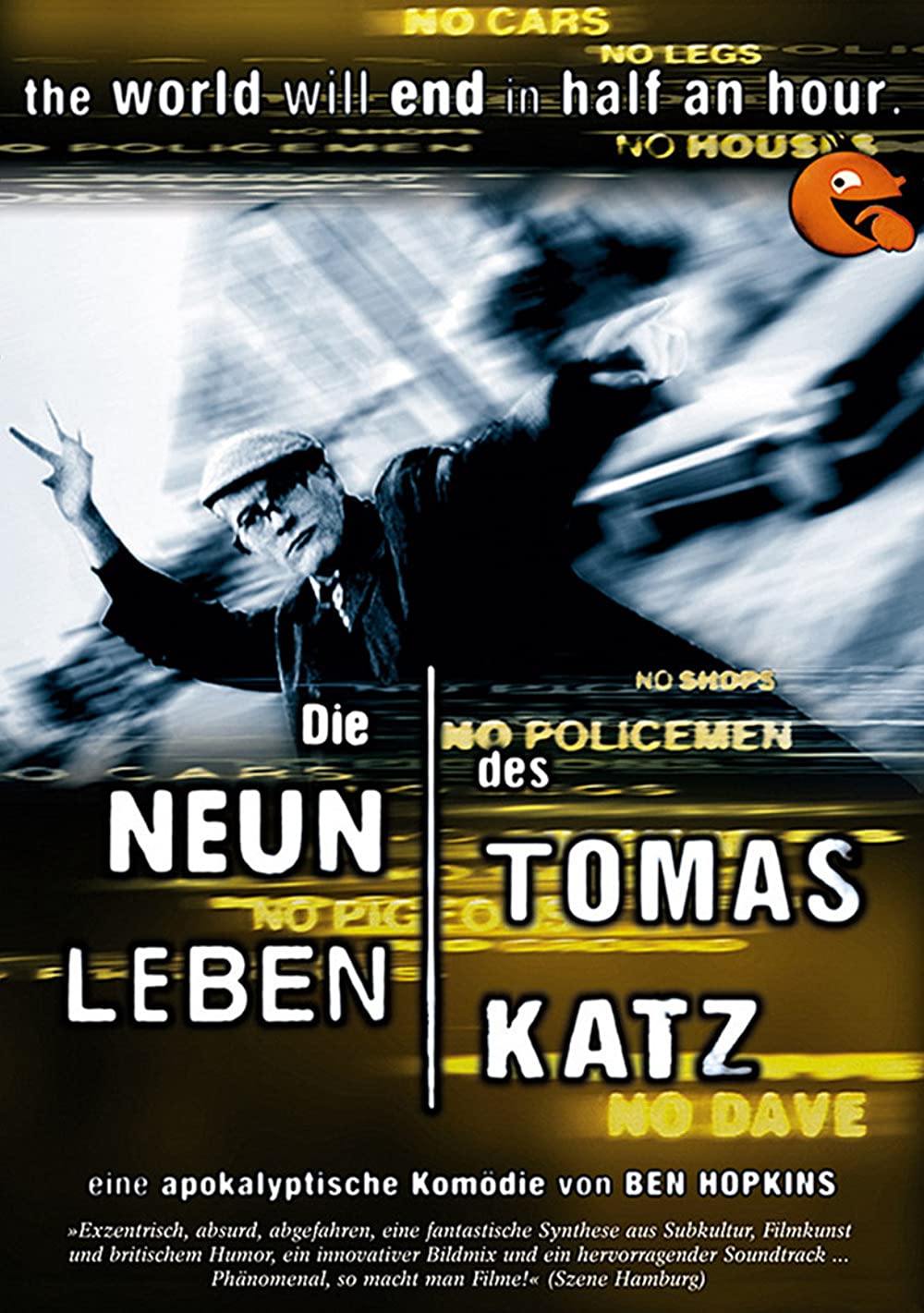 THE 9 LIVES OF TOMAS KATZ

A manhole opens just outside a London motorway. A strange, palefaced man crawls out, wearing clothes from another century. His name is Tomas Katz. He hails a taxi. After a brief conversation with the taxi driver, something strange happens. Tomas Katz is now dressed as the taxi driver and is driving the cab. He heads into the centre of London. Outside the Ministry of Fisheries, he picks up a Minister and drives him to a press conference. By the time they arrive, Tomas Katz has become the Minister. He enters the press conference and declares war on the Middle Far Distant East. And so it goes on, a chain of possessions and transformations, with Tomas Katz using his personae to create a gradually increasing chain of anarchy and chaos that begins to engulf London. It seems that only one man can stop him : the blind Zoroastrian Chief of Police. Director-writer Ben Hopkins (Simon Magus) has made a very unusual film in which an Anti-Messiah is doggedly pursued by a spiritualist policeman. A minimal crew shot this marriage between the B-Movie, the improvised performance film and the experimental film in a guerrilla filmmaking style. It uses the aesthetics and techniques of German Expressionism, the film noir, the docudrama and the MTV pop promo. Thomas Fisher (Simon Magus, Surviving Picasso, Crime Time) stars as Tomas Katz. Ian McNeice (A Life Less Ordinary, Secret Friends, Valmont) plays the inspector.