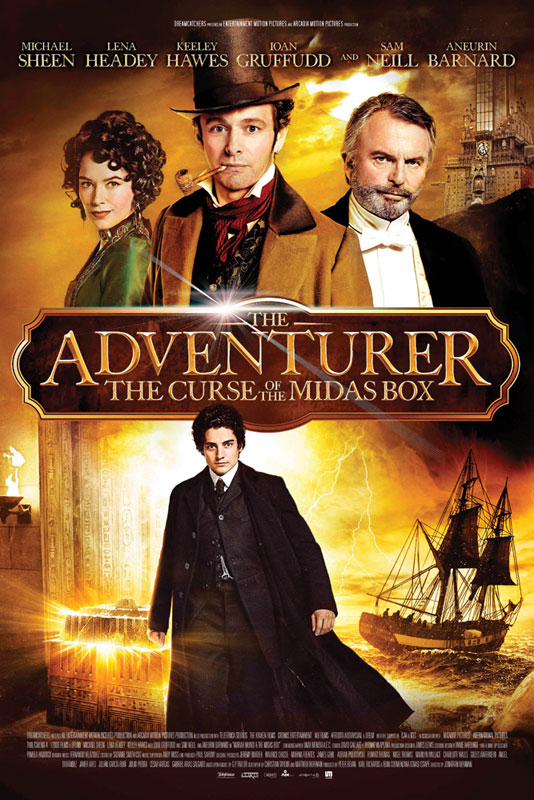 THE ADVENTURER : THE CURSE OF THE MIDAS BOX by Jonathan Newman

Victorian England. 17-year old Mariah’s world is turned upside down when his parents and his brother are abducted by the notorious Otto Luger. The bandit is looking for an object that his parent, famous explorers, once found. This is the start of a mad adventure for Mariah. He has to discover the secret of a mysterious hotel that houses many strange objects, like a box that turns everything into gold. Our hero and captain Charity, an old friend of his parents, set off on a long and dangerous journey, full of monsters, crypts and artifacts with magical powers. The latest film by Jonathan Newman ( Teeth, Foster ), an adaptation of G.P. Taylor’s bestseller, is a true homage to all the big and small adventurers of the silver screen; from Sherlock Holmes and Indiana Jones to The Goonies. This spectacular adventure for the entire family could benefit from some top notch acting talent like Sam Neill ( Jurassic Park ), Lena Headey ( 300, Dredd ) and the versatile Michael Sheen ( The Queen ).