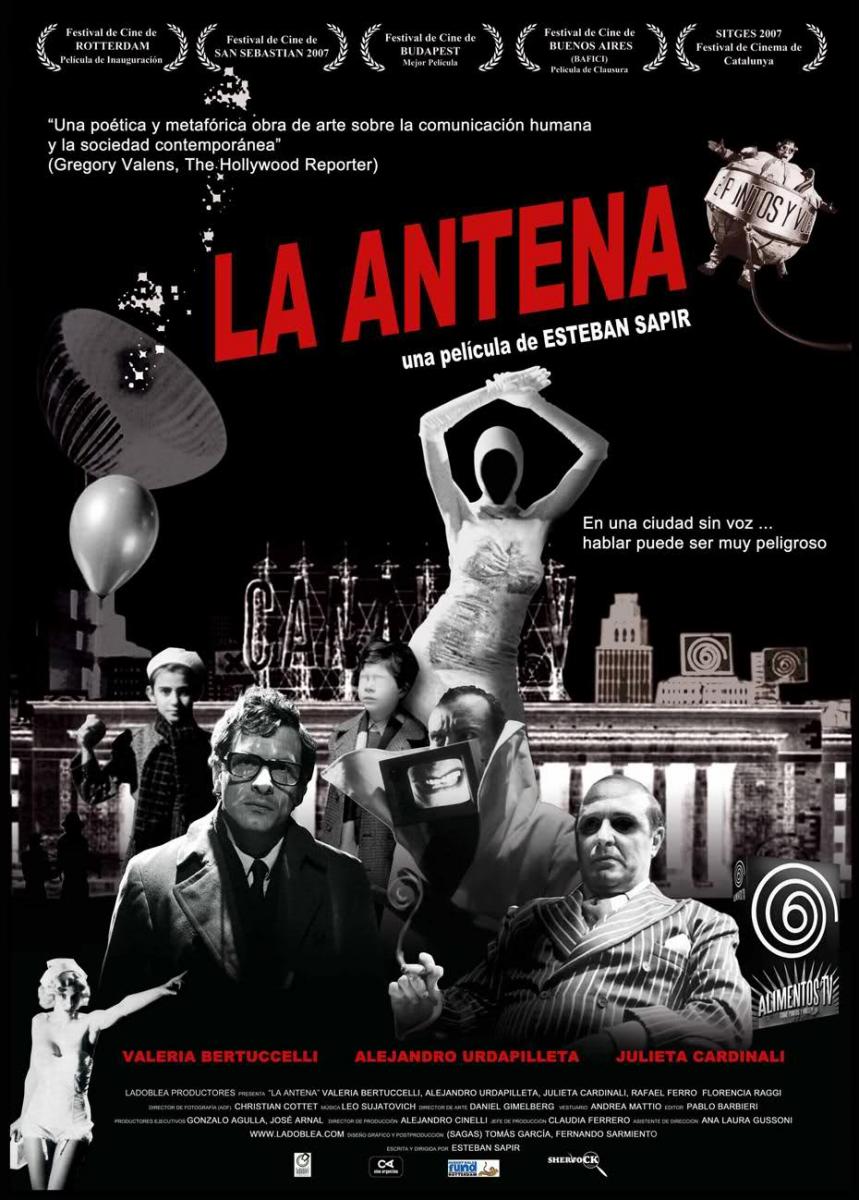 Set in an undisclosed time and place, the inhabitants of “The City Without A Voice” have lost their voices to the sinister Mr. TV. Their lives are subjected to controlled television programming, accompanied by equally mind-numbing TV-dinners. However, this is not enough for Mr. TV. He also wants to control their thoughts. So he and his henchman create a hypnotizing device to control all the citizens’ minds through his TV broadcasts. For this purpose, he kidnaps the only one left with a voice, a beautiful, faceless singer. But a TV-repairman witnesses the kidnapping. Together with his father, his wife and daughter and the singer’s eyeless son, who also has a voice, they’ll try to foil the sinister plan. For that, they’ll have to reach The Aerial, the city’s original broadcasting antenna. The Aerial, the second feature from Argentina’s Esteban Sapir, is an amazing spectacle of sight and sound, a dazzling tribute to the cinema of Luis Bunuel, Fritz Lang, George Méliès and Tim Burton. The movie brilliantly blends live-action and animation, to create a beautiful expressionist vision that also conveys an intelligent message about the power of the media to hypnotize and suppress the masses. This is a lavish, cinematic fairy tale, which like all such stories, exists on the border between the magical and the downright strange.