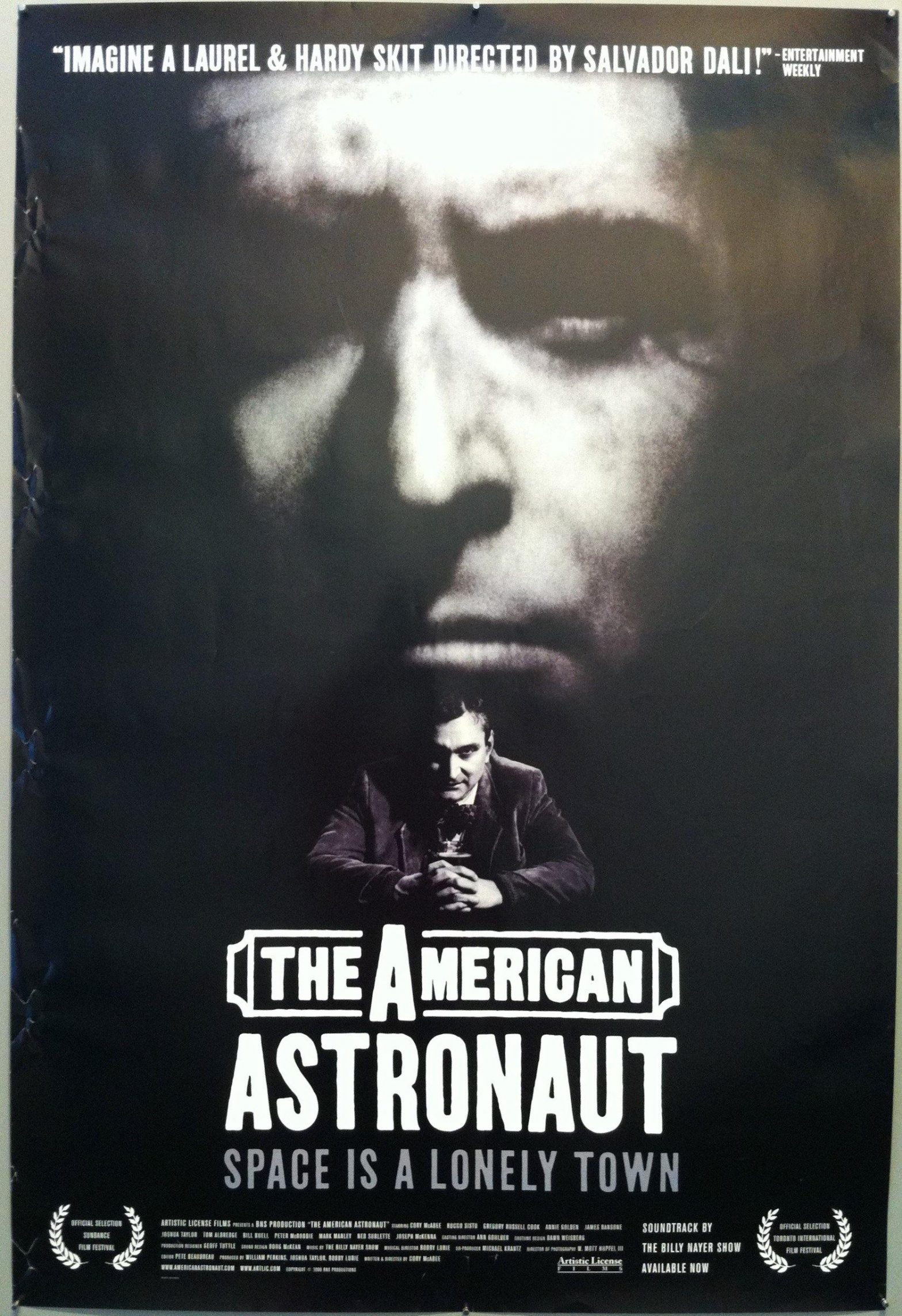 Meet Samuel Curtis, an astronaut for hire. His lonely existence seems to consist of little more than delivering questionable parcels from one godforsaken planet to another. While boozing in the least friendly tavern in the galaxy, Curtis runs into his old pal, the Blueberry Pirate. After strong-arming the astronaut into joining him in a dance contest, the Pirate presents him with a plan for a multi-planet package swap that will earn them both a lot of money. It involves a cloning device for creating the rarest creature in this space quadrant : a real live girl, the Boy Who Actually Saw A Woman’s Breast and Body Suit, the offspring of two lonely space miners. But the real danger lies in Curtis’ old nemesis Professor Hess, a mad scientist hell-bent on killing everyone the astronaut comes in contact with.

To describe The American Astronaut as an expressionist low budget black and white sci-fi musical that draws its inspiration from Ed Wood, Flash Gordon and Samuel Beckett… would be a good start. Eccentric, perverse and hilarious, this instant cult movie is the brainchild of writer-director-lead actor Cory McAbee and the other members of The Billy Nayer Show, a band that combines rock music with absurd lyrics and theatrical flair. The American Astronaut definitely belongs to that rare category of films that cannot be described but have to be seen.