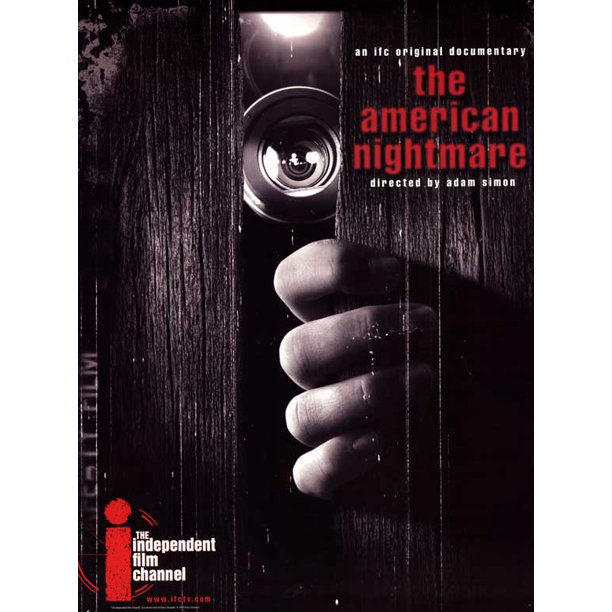 The sixties and seventies were turbulent times for the U.S.A. : the civil rights movement in the South, the Vietnam War, race riots, student revolts,… This led to the rise of young independent mavericks who broke the conventions of the traditional horror genre. Their films were a reflection on the society they were living in. The documentary The American Nightmare features interviews with masters of the horror genre, such as George Romero, John Carpenter, Tobe Hooper, Wes Craven and David Cronenberg, groundbreaking filmmakers who incorporated social commentary into sordid tales of terror. In their movies, the monsters became our neighbours, family members, the police and the government. With Cronenberg’s Shivers and Carpenter’s Halloween, the freedom of the sexual revolution came to an end as desire resulted in venereal madness and carnage. Wes Craven aptly describes their interpretations as a “boot camp for the psyche”, preparing us for the horrors of daily urban life. Utilizing film clips from noted academics, horror film director and screenwriter Adam Simon (Brain Dead, Carnosaur, Bones) draws from these directors new insights on their work. Especially intriguing is makeup effects wizard Tom Savini’s confession that inspiration for his realistic gore effects comes from the bloodshed and danger experienced first-hand during his service in Vietnam. This documentary sheds light on why we cover our eyes, dread the ensuing nightmares, but always return to the cinema for more.