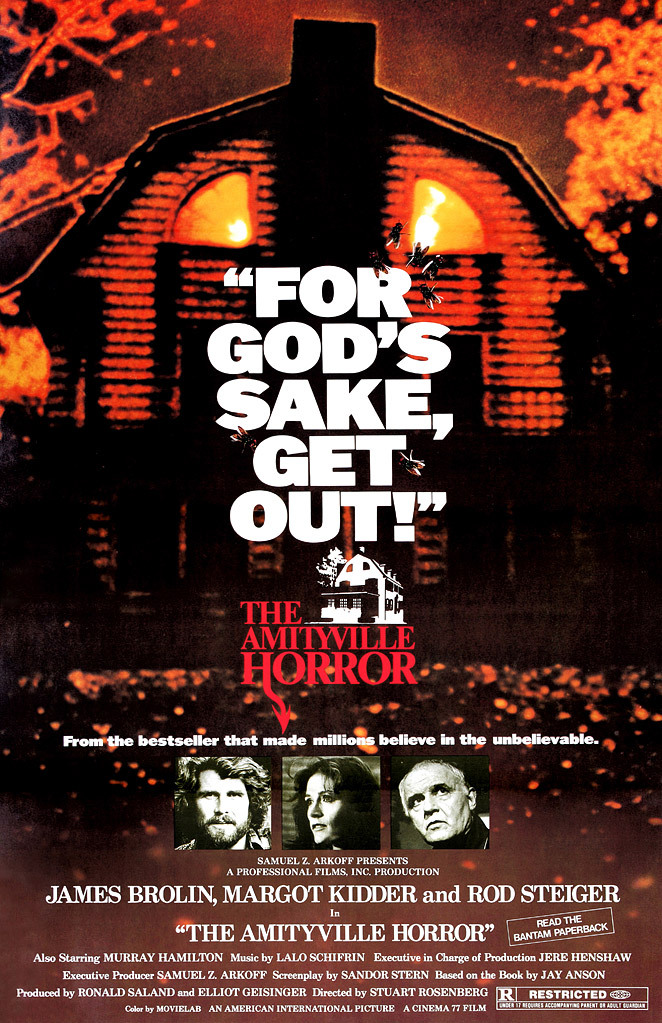 A colonial house with a facade that looks like a worrying face and two windows that look like huge, evil eyes is the scene of a family murder. In the night of November 12, 1974, Ronald De Feo shot his mother, his father, his two brothers and his two sisters. One year later George and Kathleen Lutz, a young couple, move into the house after buying it at an interesting price.
They are not really superstitious and are perfectly aware of what happened in the past, yet George, Kathy and their three children are quickly going to be the victims of a series of unexplainable events. Mad with fear, they leave the house in the middle of the night, during a thunderstorm, 28 days after moving in. It was about time…
“Amityville”, which is the adaptation of a book based on true events, was directed by Stuart Rosenberg (“Cool Hand Luke”, “Pocket Money”), the well-known Hollywood producer who managed to create an oppressive and nightmarish climate in the movie. In the fight between good and evil, he granted victory to the demon.
Starring Rod Steiger.