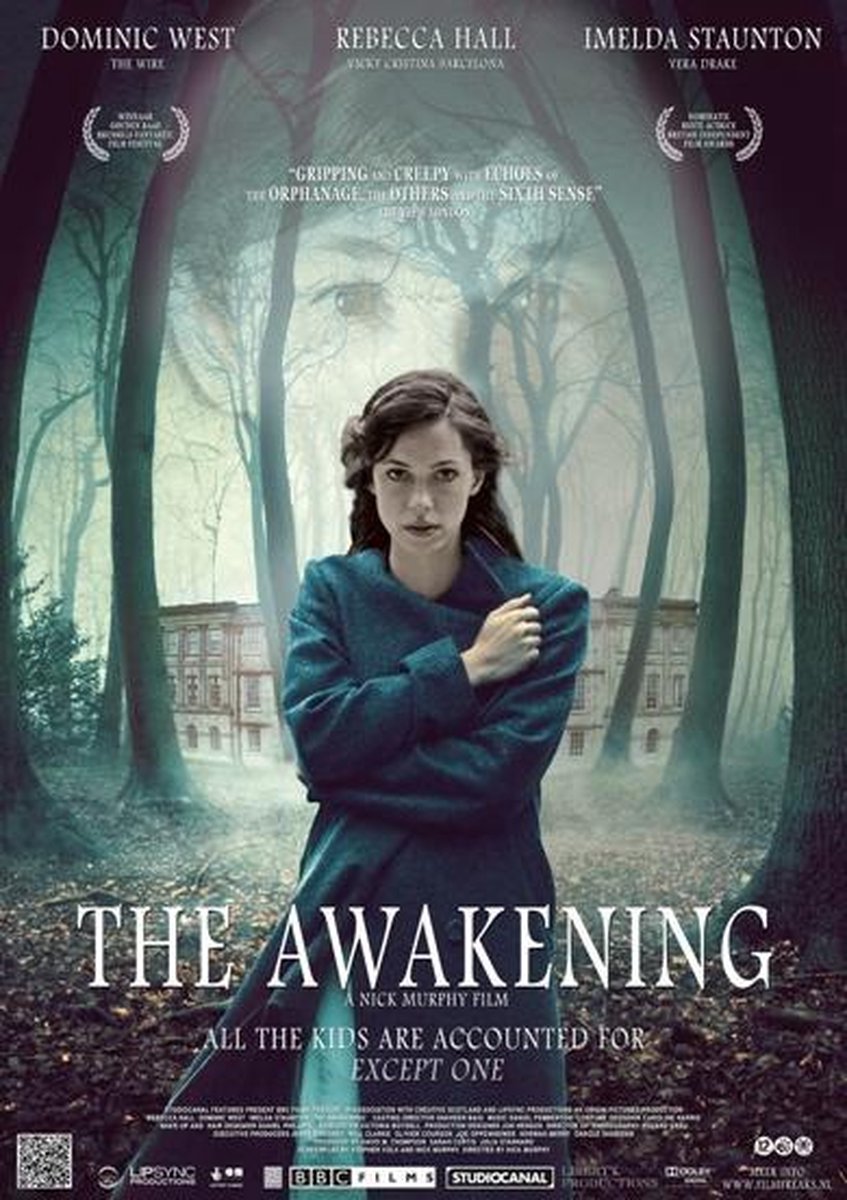 THE AWAKENING by Nick Murphy

1921. Florence Cathcart is Engeland’s most notorious ghostbuster. No spiritist séance or fairy sighting is safe from her skeptic mind. Having lost her beloved in the trenches of World War One, Florence is driven by the desire to unmask those who try to exploit the sorrow of those who are grieving for their dead. She’s approached by teacher Robert Mallory, who asks her to visit his boarding school in the country. The boys are being frightened by a child ghost. Florence decides to help Mallory and travels to the school, which turns out to be a huge manor where, according to local rumors, a murder took place some years ago. While investigating, Florence starts to suspect that for the very first time in her career, something supernatural seems to be afoot. She’s forced to let go of her skepticism when she’s confronted by her own past. The Awakening, the long feature debut of Nick Murphy, is a rock solid ghost story that can stand up to classics such as The Others and The Orphanage. Murphy co-wrote the script with genre-veteran Stephen Volk ( The Kiss, Gothic, The Guardian ) and adds lots of emotional depth to his story, along with some nice plot twist and turns and many spine chilling moments. As can be expected from an English quality production, the cast delivers some excellent performances. Rebecca Hall ( The Prestige, The Town ) is ghost debunker Florence Cathcart. Dominic West ( 300, John Carter ) plays Robert Mallory. And Imelda Staunton ( Vera Drake, Harry Potter ) is Maud Hill, the housekeeper of the boarding school.