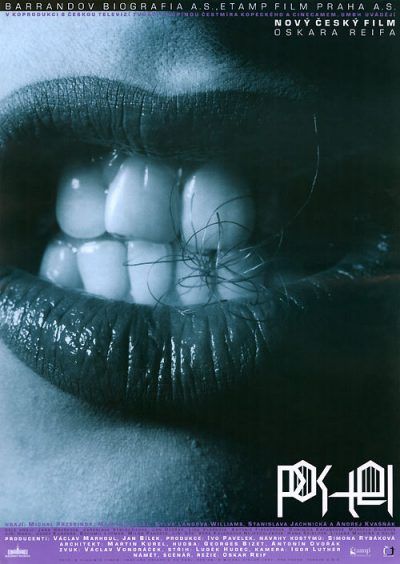 Lubos Erna’s life on Earth is over. Now, for the first time, the teacher and family man has the chance to reflect on the dominating influence women have had on his life from the safe confines of an urn containing his ashes. The bed is the place that connects him from the afterlife with the real world. Lubos was conceived in the bed, he was born there and he has died in it. During his life he often hid in bed, slept, dreamt and lived there, the same as everybody else. The only difference is that in Lubos’ world, women ruled everywhere: mothers and women-teachers, real women and fantasy women, women of his boyish imagination that turned into bizarre erotic dreams. Men have always been little more than shadows in this aggressive world of women. The Bed is the feature debut by veteran documentary and television filmmaker Oskar Reif. Subtitled a “Czech porno tragedy” and developed from the writer-director’s prize-winning screenplay, it fits neatly into the Czech tradition of absurd, grotesque tragicomedy. Reif shows himself a filmmaker with a fine sense for timing, craftsmanship, and humorous twists (down to a surprise ending). All the actors in this absurd fantasy come from the stage: Michal Przebinda as Lubos, the director’s alter ego; Stanislava Jachnicka as Olga, his harridan wife; and Sylva Langova-Williams as the quaint grandmother. The black-and-white images of cameraman Igor Luther (The Tin Drum) lend appropriate polish to Lubos’s dream world.