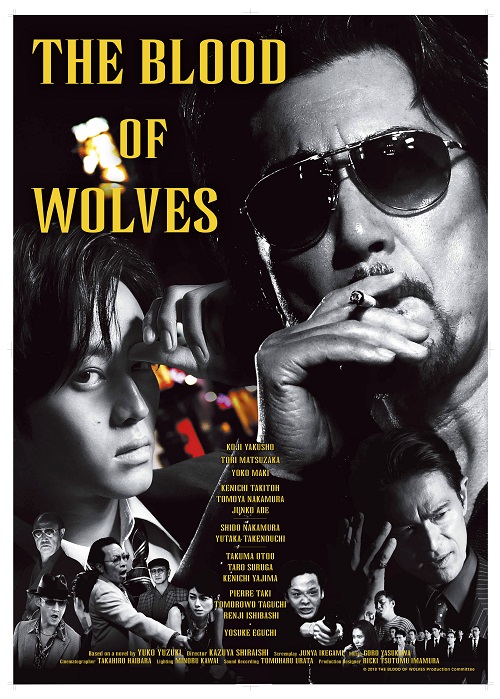 THE BLOOD OF WOLVES

Hiroshima, 1988. A banker of a money laundering business of one of the rival gangs is missing, which revives the memory of the last gang war fourteen years ago. Amid the resurgence of a yakuza gang war, the seasoned police detective Ogami is partnered with rookie Hioka. The latter is confronted with the unorthodox and violent but efficient methods of his partner. While he tries to stick to the rules, he gets more and more drawn to this gangster style. Soon he discovers that Ogami was involved with the gang war so many years ago. This deliciously raw and bloody Japanese yakuza film is based on Yuko Yuzuki’s eponymous novel. Director Kazuya Shiraishi, recently at the BIFFF with SUNNY (2018), was inspired first and foremost by Kinji Fukasaku’s unapologetic BATTLES WITHOUT HONOR AND HUMANITY series. Combine this aesthetic with the intrigues, revenge, blood, and betrayal of Scorsese’s THE DEPARTED and you’re close to this gangster film. Veteran Koji Yakusho (13 ASSASSINS, BIFFF 2012) plays the chain-smoking and womanizing cop Ogami, who’ll do whatever it takes to get results.