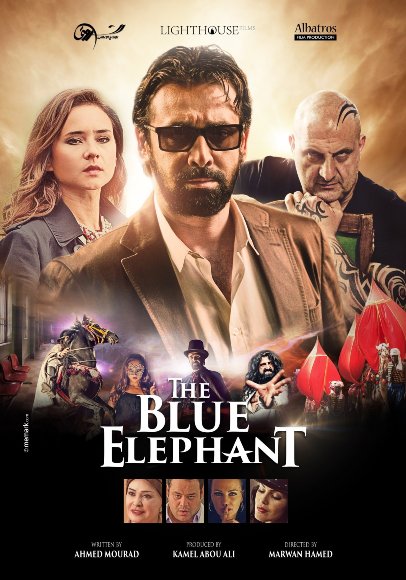 Five years after the death of his wife and daughter, psychiatrist Yehia thinks about stopping with treating the mentally ill. He drowns his grief in whisky and doesn’t bother to turn up at work. His boss wants to shake him out of his stupor and puts him to the choice: either stop completely or start working in prison with mentally disturbed heavy criminals. Yehia goes for the job and runs into a familiar face. Sherif was one of his best friends from high school and is suspected of having violently raped and murdered his wife. It is said he’s faking his illness to avoid the firing squad. But Yehia thinks it’s anything but normal that Sherif only speaks in riddles and mathematical formulas. He starts to dig deeper into the case.

It’s not every day that you get to see an Egyptian thriller with fantastic undertones. The Blue Elephant is a rock solid cinematic ride that, in very intelligent ways, breaks lots of taboos in the Arab word. Add to that the sumptuous imagery of director Marwan Hamed and the intense performance of the ravishing Nelly Karim, and you get a highly recommended viewing experience.