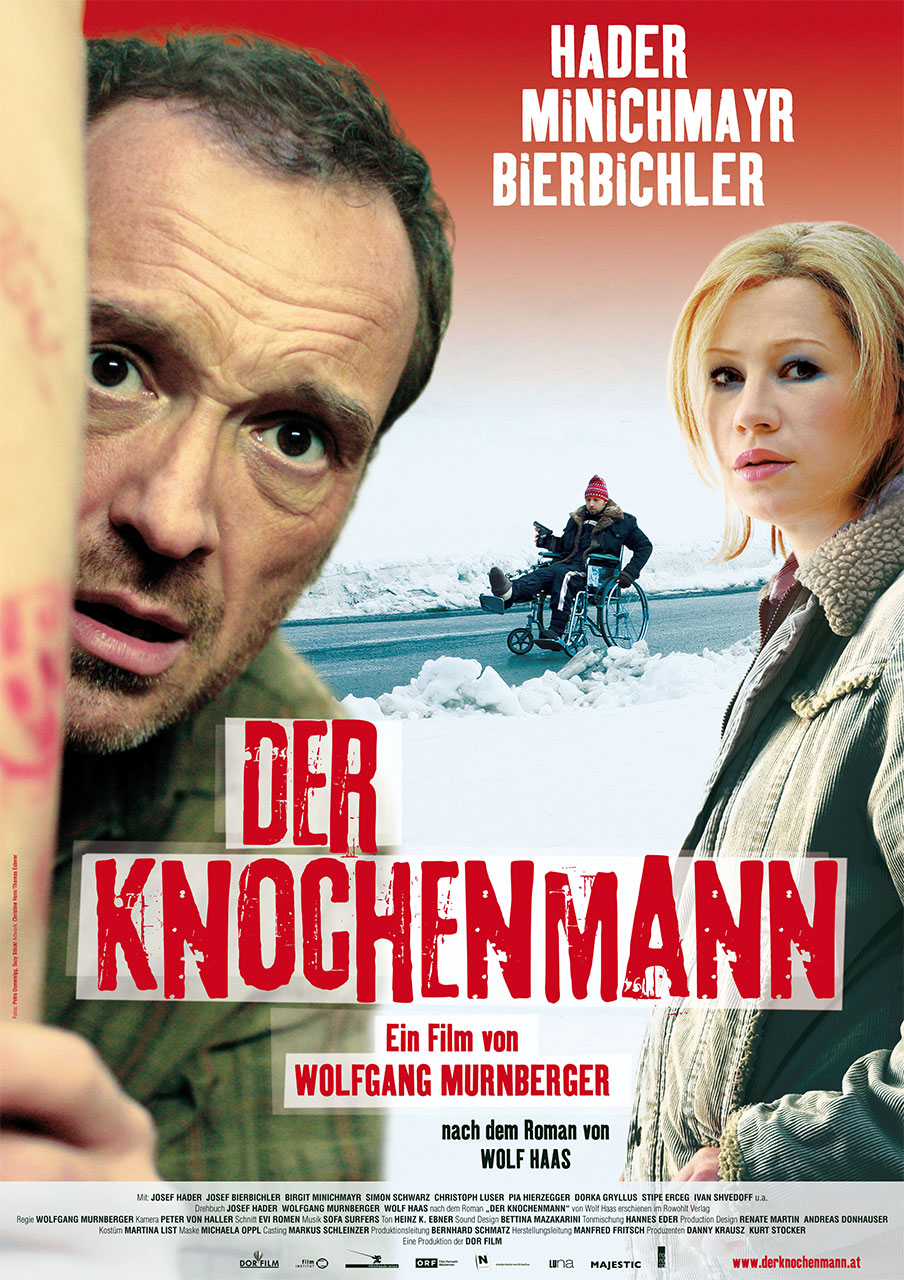 – Send an ex-police inspector, tired of humanity, to a godforsaken country inn to find a guy whose name makes the natives squirm uncomfortably like a vegetable in a bunny cage.

– Add an owner who, for obscure reasons, steals money from the cash register and a suspicious son who wants to take over the family business.

– Enhance the taste with a sexy blonde waitress always ready to perform some extra ( marital ) duties.

– Sprinkle the lot with two Russian pimps stupid enough to blackmail the owner of a bone grinder. Then let all these characters beat themselves up in a snowy mess. A box of Ricola is recommended during the visual tasting of this dish.

This third adaptation of Brenner’s misadventures, the antihero created by Wolf Haas ( the local Stieg Larsson ), is a massive hit in Austria. Murnberger, already guilty of the two first episodes, has an easy explanation for this : do not make anything that resembles prime time movie fare. The result is an avalanche of awards, something that a mountain guy like Murnberger certainly appreciates.