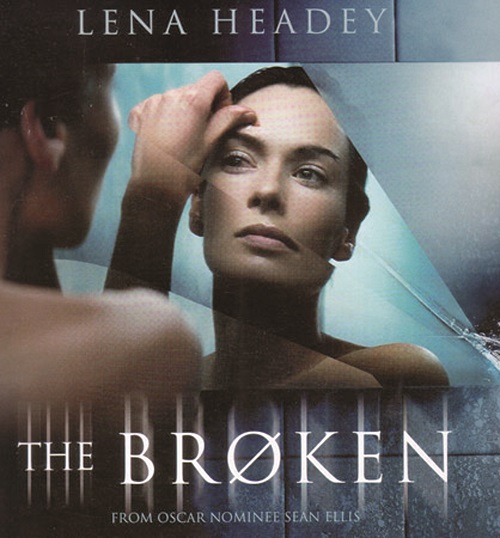 Gina McVey, a radiologist at a large London hospital, has all the vestiges of a highly desirable life, financial independence, a handsome French architect boyfriend and a politically prominent father who’s the country’s American ambassador. During a family celebration of her father’s birthday, the sudden shattering of a family mirror seemingly initiates a cycle of unexplainable and strange actions. On the street, she witnesses a car identical to her own being driven by a woman with a staggering physical resemblance. She follows the woman to her flat, an act that ends with her being nearly killed in a violent collision with a truck. She suffers only minor injuries though upon her release, she is increasingly unable to distinguish between states of reality and is haunted by the idea that something radically wrong has befallen her boyfriend. The Broken, the second feature of talented British director Sean Ellis, is a significant departure from his charming romantic comedy Cashback. He presents us with a brooding, atmospheric piece of upscale psychological horror. Ellis effectively maintains a menacing feeling of dread throughout the entire movie and has you on edge every time the camera goes near a mirror or reflective surface, visualizing the film’s latent metaphor about the fear of the self. The production values are impeccable, especially the sound design and Cashback D.O.P. Angus Hudson’s widescreen cinematography, capturing London at its grimmest and most foreboding. Starring Lena Heady ( Ripley‘s Game, The Brothers Grimm, 300 ), Richard Jenkins ( The Witches of Eastwick, The Core, The Kingdom ) and Melvil Poupaud ( The Lover, A Summer‘s Tale, Broken English ).