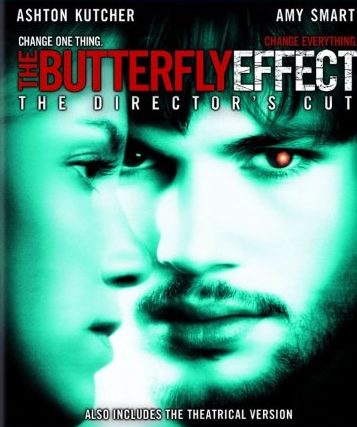 From an early age, crucial moments in the life of Evan Treborn have disappeared into a black hole of forgetting. His boyhood was marred by a series of terrifying events he can’t remember. What remains is the ghost of memory and the broken lives of his childhood friends. Now in college, Evan reads one of the diaries he kept as a boy and finds himself thrust inexplicably back in time. He realizes the notebooks are a vehicle, a way to return to the past to reclaim his memories. These recollections only leave Evan feeling responsible for the damaged lives of his friends. But by trying to change the past, he will also transform the present, with chilling consequences for his loved ones.

The Butterfly Effect is a gripping, supernatural thriller that taps into the turbulent nature of past, present and future and toys with the powers of choice and chance. Debut co-directors Eric Bress and J. Mackye Gruber, who also co-wrote the screenplay, have fashioned a movie that not only entertains in its own right, but asks us to consider the consequences of our own actions. Starring Ashton Kutcher (Reindeer Games, TV’s That 70ties Show), Melora Walters (Magnolia, Cold Mountain) and Amy Smart (Starship Trooper, Interstate 60).