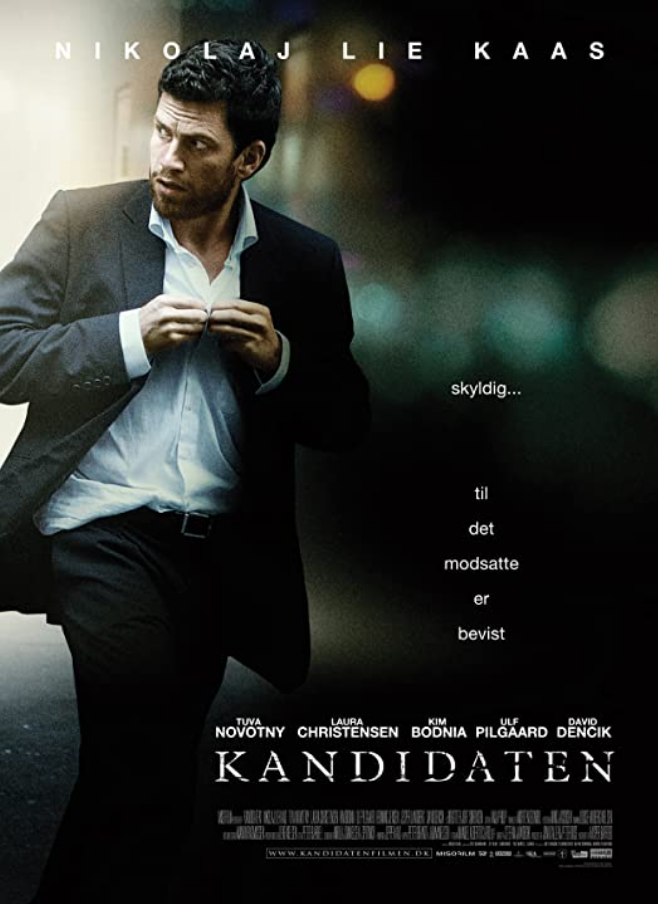 Obsession never leads to anything good. Look at Jonas Bechman for instance : a young brilliant lawyer with a charming wife. There’s only one thing that haunts him and which he relentlessly investigates; the mysterious dead of his father. Having lost an important case, he died when he crashed his car against a tree. One night, Jonas goes to a bar to have a drink with a buddy. He has a few drinks too much with a beautiful girl, which leads to a hotel room and a blackout. The next morning he wakes up to finds his one-night-stand dead on the bathroom floor, signs of strangulation around her neck. It doesn’t take too long before a blackmailer shows up. With The Candidate, director Kasper Barfoed ( The Lost Treasure of the Knights Templar ) and his DOP Manuel Alberto Claro ( Reconstruction, Allegro ) wanted to make an expressionist genre thriller inspired by the Bourne trilogy and Michael Mann’s The Insider. Mission accomplished ! The Candidate fascinates from start to finish thanks to its rapid pace, tight and intricate plotting and rough grainy images. For the lead they could count on rising Danish superstar Nikolaj Lie Kaas, known for his parts in Lars von Trier’s The Idiots, Christopher Boe’s Reconstruction and, of course, Anders Thomas Jensen’s The Green Butchers ( Silver Méliès BIFFF 2004 ).