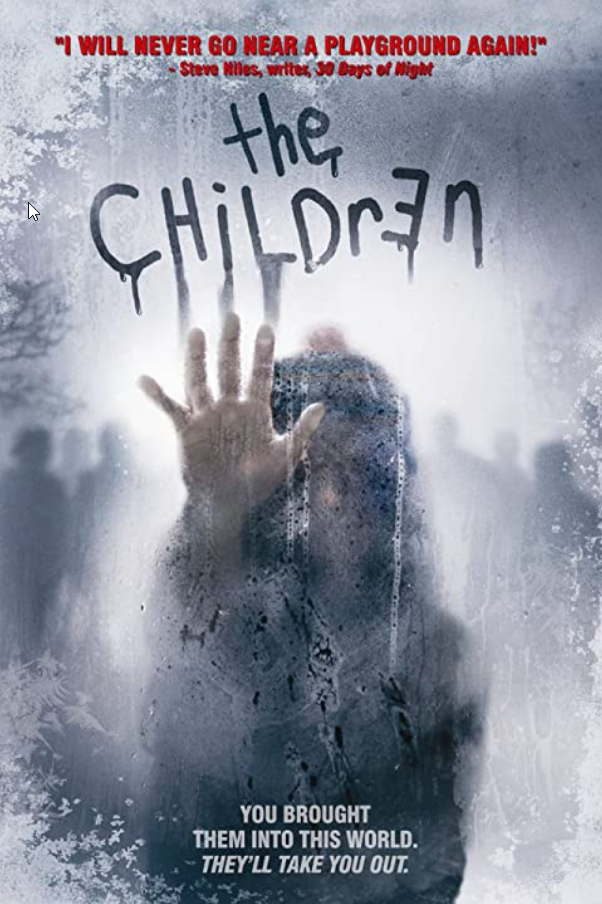 Elaine and Jonah are on their way to the country mansion of Elaine’s sister Chloe and her husband Robbie to celebrate the New Year. Besides there being a lot of friction between the two couples, they also have four kids among them and one rebellious adolescent, Casey, who constantly tries to see how far she can go in driving them insane. It promises to be a memorable party. As soon as they get out of the car, little Paulie greets his uncle and aunt by vomiting all over them. Soon everybody starts shouting against one another. But Paulie isn’t just a little bit carsick. His troubled stomach is one of the symptoms of a frightening virus that soon spreads among the children. The already not so innocent little angels turn into vicious little demons. Will there still be anybody alive to welcome the New Year ? Why are we so afraid of our children ? From Wolf Rilla’s Village of the Damned and Narciso Ibanez Serrador’s Would You Kill A Child ? to Richard’s Donner’s The Omen, filmmakers have given us chilling portraits of little monsters. British director Tom Shankland (Waz) is the latest in line and his The Children is not only very bloody, but also quite funny and intelligent. The virus is just a catalyst. The behaviour of the children is an extreme reflection of all the hatred, envy, jealousy, backstabbing and violence they witness in the adults around them.