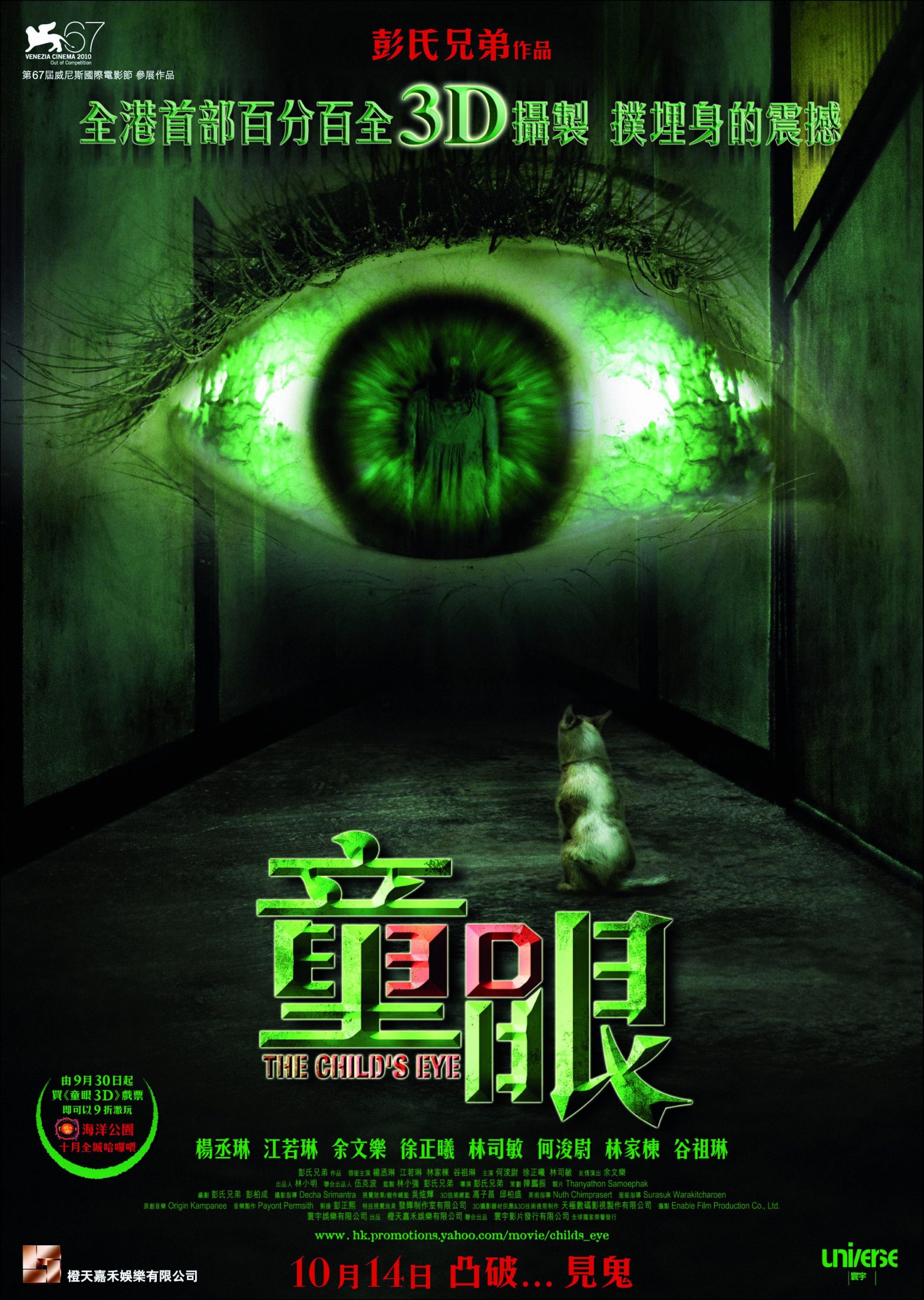 Six friends from Hong Kong are on holiday in Thailand. Unfortunately, the country is going through a turbulent period of political unrest. They pack their bags in a hurry, only to find the airport being occupied by protesters. The friends are forced to seek refuge in a run down hotel. They soon sense that something is not right about the place. A little girl and her dog are able to see monstrous apparitions in the hotel corridors. Then people start disappearing and soon there are only three left. The key to the mystery lies somewhere in the murderous past of the hotel, but the owner refuses to give anything away. If the remaining friends won’t find some answers soon, they all risk to exchange the world of the living for the world of the dead. When the Pang brothers ( Bangkok Dangerous, Re- Cycle, The Detective ) make a movie with “eye” in the title, you know what you’re going to get : hair-raising tension, accompanied by unhealthy portions of audio and visual shock effects. The Child’s Eye does not surpass their groundbreaking The Eye ( Bifff 2003 ) or the same-named Hollywood remake ( Bifff 2008 ), but it will guarantee solid Asian ghost horror fun. With some fine young talent from Hong Kong in the leads : Shawn Yue ( Reign of Assassins ), Jo Kuk ( The Detective ) and Raini Yang ( Spider Lillies ).