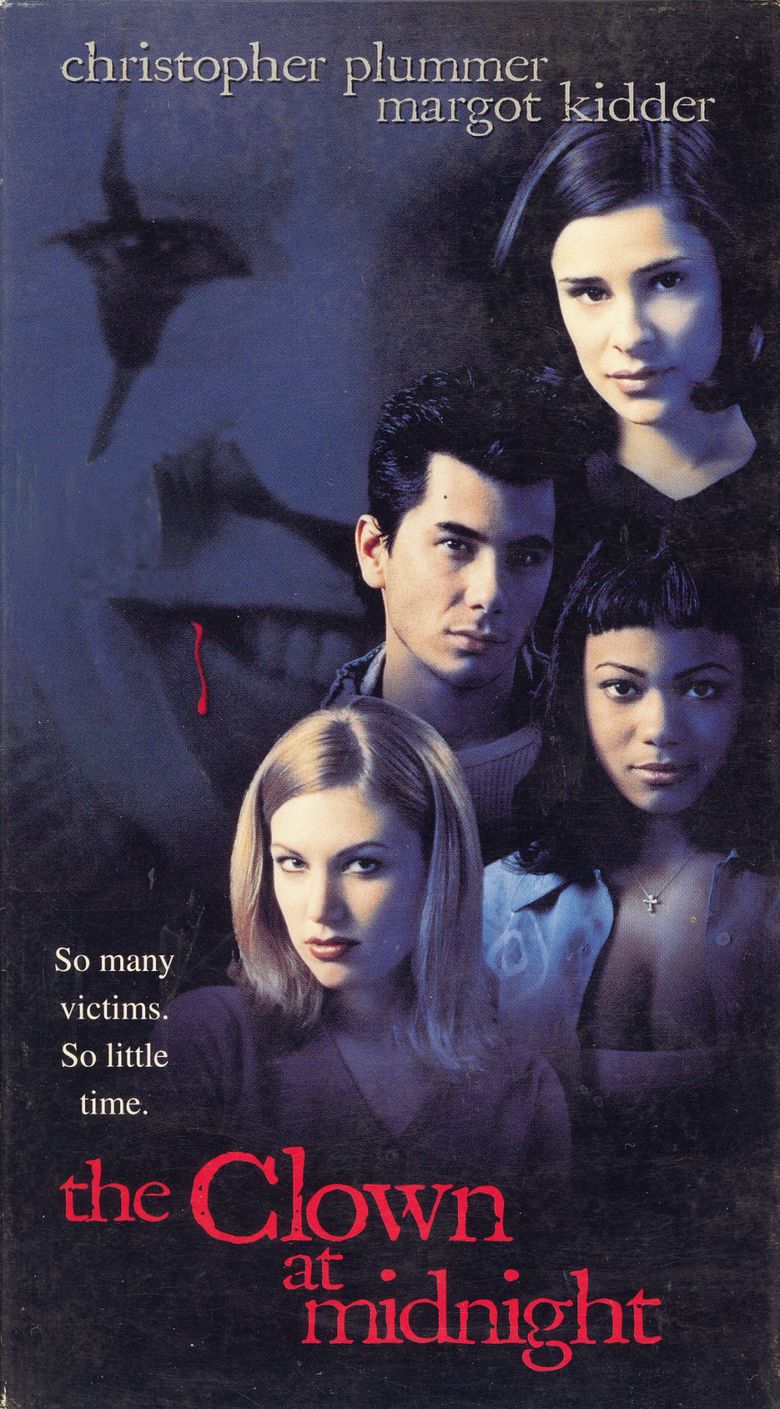 THE CLOWN AT MIDNIGHT

Like the climatic scene from a tragic opera, beautiful diva Lorraine Sedgwick is brutally murdered by her lover, the famous tenor Lorenzo Orsini. The crime is never solved and Orsini is never captured. Fifteen years later, the diva’s teenage daughter Kate is plagued by a series of nightmares. Encouraged by her best friend Monica, she joins the high school drama class at a deserted theatre. There she meets the mysterious owner Mr. Caruthers, who insists that the opera house is haunted by the ghost of a murderer. Though Kate finds consolation from her drama teacher, Ms. Gibby, her hallucinations over the dreaded event intensify after experiencing the odd nature of fellow student George, a brooding make-up artists determined to discover the playhouse’s horrifying secrets. Kate’s sense of dread soon escalates to a point where her visions of a homicidal Clown not only torment her, but also the other students who are trapped in the haunted theatre with her. One by one, the elusive and psychotic figure starts killing them of.
The teenage daughter of a murdered diva struggles to discover the truth about her mother’s assailant in this chilling thriller by Canadian director Jean Pellerin (For Hire, Laserhawk). Sarah Lassez (Blackout, Green Card) stars as the tormented Kate. She gets support from her teacher Ms. Gibby, played by Margot Kidder (Superman) and from best friend Monica, a part by Tatyanna Ali (Tv’s The Fresh Prince of Bel Air), and is attracted to fellow student George, played by James Duvall (Independence Day). The mysterious Mr. Caruthers is a part by Christopher Plummer (Dolores Claiborne, Star Trek VI, Twelve Monkeys).