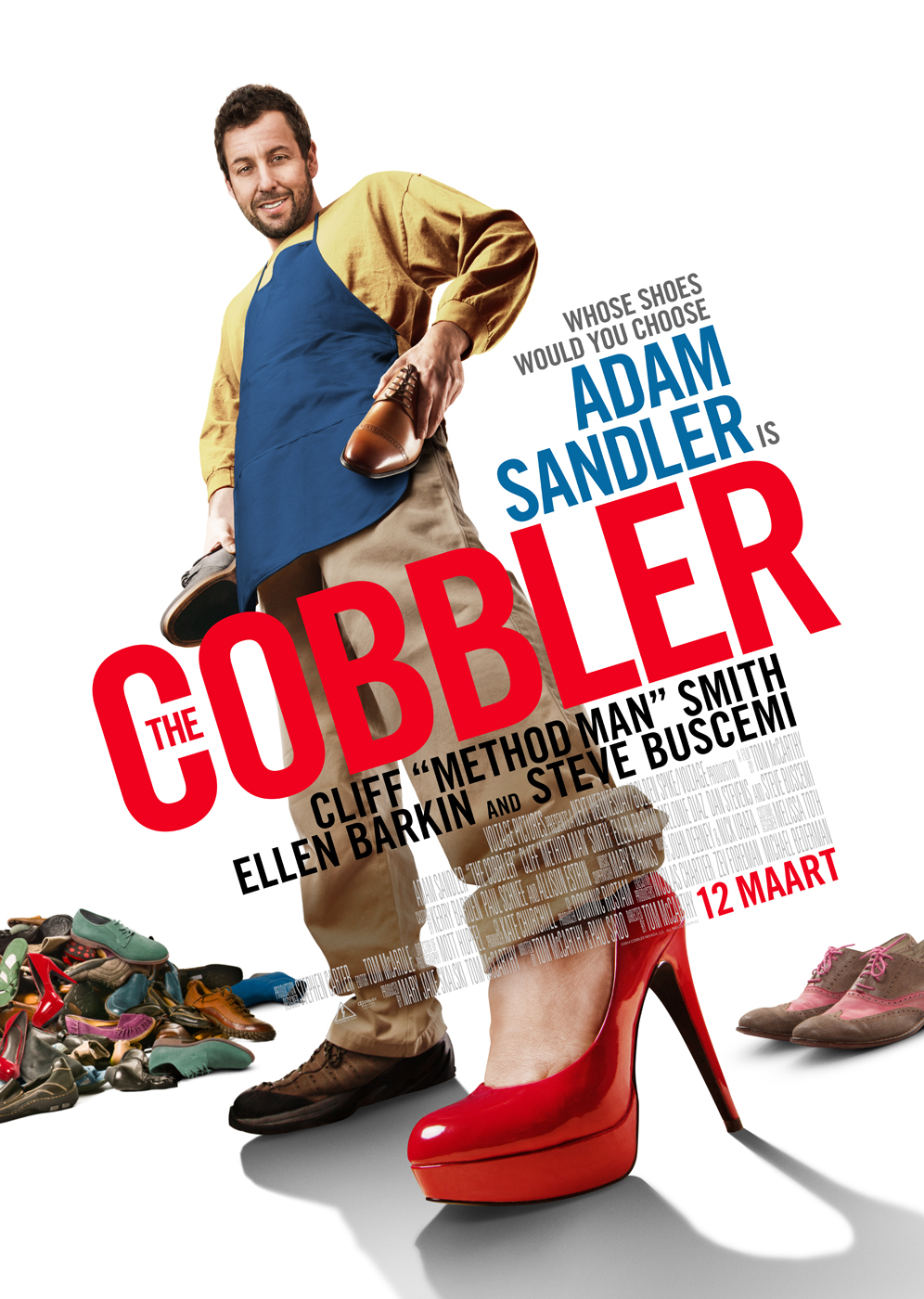 Max Simkin is a frustrated middle aged man running a shoe repair business that has been in his family for generations and which he had to take over when his dad skipped town, leaving him to care for his sick mother. Max is not the most social human being and does not pay much attention to a rich developers attempt to turn New York’s Lower East Side in a hipsters paradise. Then one day he stumbles upon a magical heirloom that literally allows him to step into someone else’s shoes, take on their appearance and see the world through their eyes.

Tom McCarthy, director of The Station Agent and the Visitor, delights us with this incredibly ambitious and uniquely crazy mix between a mystical fairy tale and a brutal superhero movie in the vein of Kick Ass and Darkman. The cast are outstanding, led by Adam Sandler (Grown Ups, Anger Management) as Max, supported by Dustin Hoffman (Tootsie, Rain Man), Steve Buscemi (Fargo, Boardwalk Empire), Ellen Barkin (Sea of Love) and Dan Stevens (Downton Abbey).