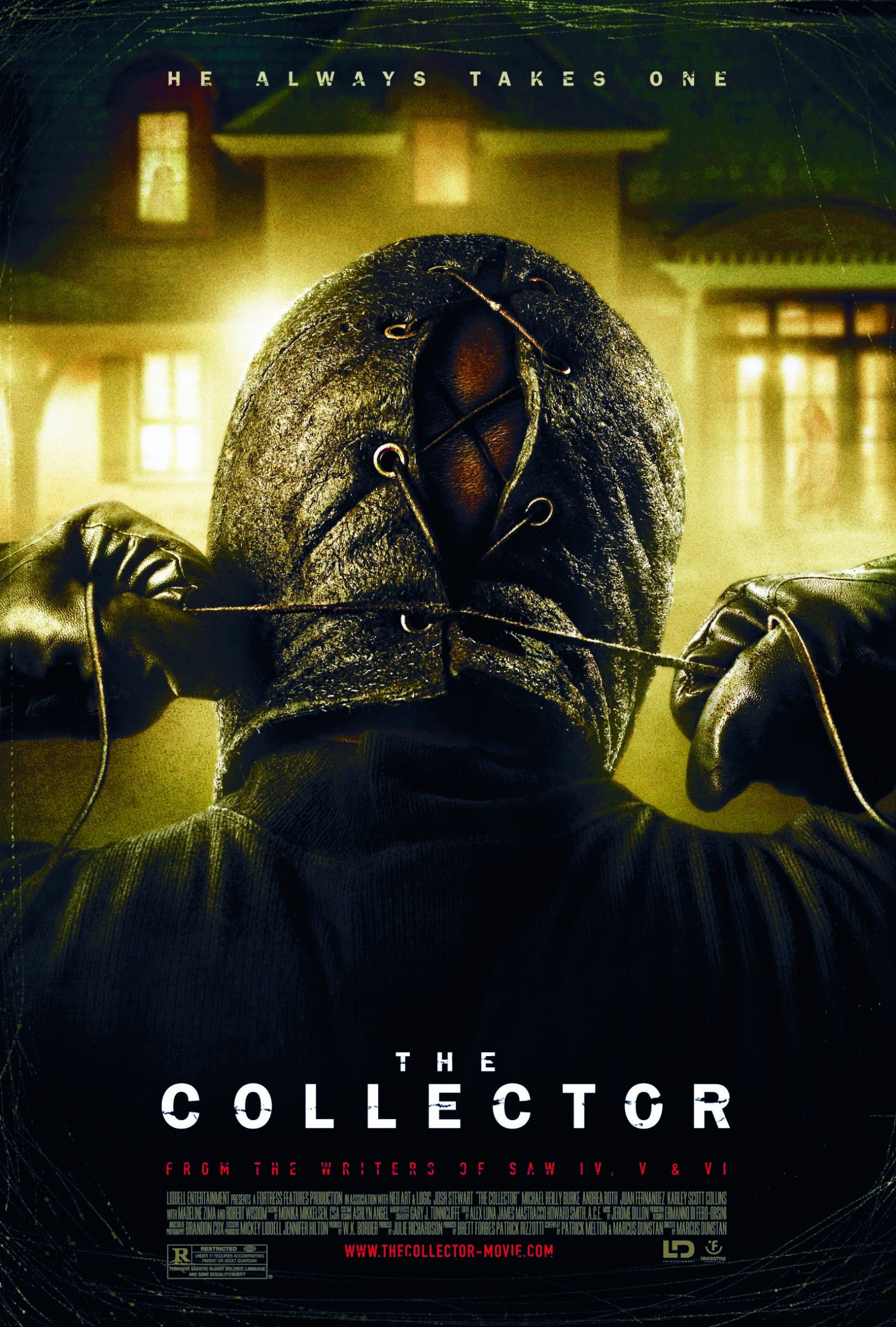 Handyman Arkin is going through some tough times. Not only does he have to support a daughter and an ex-wife, he also owns a lot of cash to the kind of people who prefer baseball bats and boxing irons to collect their debt. To get them their money before the deadline expires, Arkin agrees to rob some precious jewels from the rich family Chase. But he’s not the first to break into their mansion. The deranged cousin of Jigsaw and Hannibal Lecter has been busy turning the house into a lethal trap. Knifes are swinging from the chandeliers, staircases are covered in nails and machetes sweep through the air out of nowhere. Arkin must make a choice. Will he get the hell out of there or will he try to rescue the Chases. But isn’t it already too late for that ? Torture porn is alive and kicking ! The Collector, the debut feature of Saw-scriptwriter Marcus Dunstan, is a classy contribution to the genre. Dunstan gives us the time to familiarize ourselves with the characters / victims before all bloody hell is allowed to break loose. What The Collector sets apart is not just the succession of “nicely” visualised dying scenes, but also the riveting cat and mouse game between an unfortunate anti-hero, incarnated by John Stewart ( The Curious Case of Benjamin Button ) and a murderer who, for once, is not a diabolical, omnipresent, almost supernatural monster, but a sadistic villain of flesh and blood.