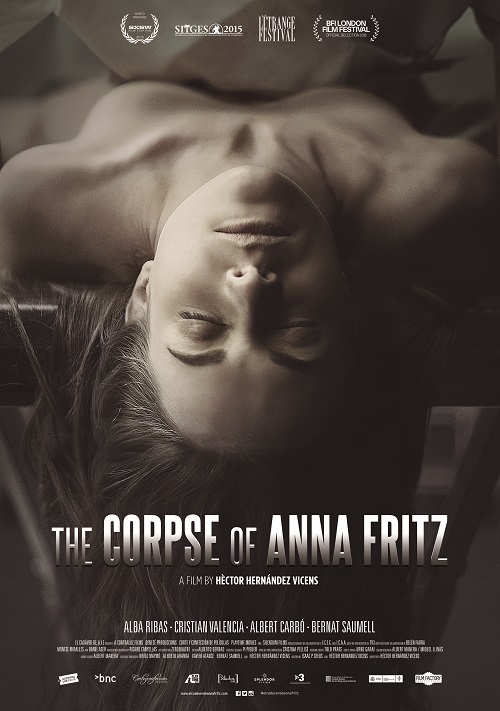 THE CORPSE OF ANNA FRITZ

While walking to their friend’s work to drag him into a big night out, Ivan and Javi never expected his astounding surprise for a second. Their buddy, Pau, has brought a prestigious guest to his office: the international superstar Anna Fritz, an actress, model, and singer whose twitter followers could replace the entire population of the kingdom of Bhutan! Better yet: it seems the superhot megastar, able to be on the cover of Vogue just by taking a selfie in the dark, is all in for a little party with the boys… a naughty one. Alright, some elements need to be clarified, Pau works at the city morgue and the reason why sweet Anna has no say in the outcome of this little event is because she can’t talk… she’s dead. But there’s no way she’s going to wake up in the middle of this introduction to necrophilia, right!?

The Corpse of Anna Fritz, a respective first feature and script for Hector Hernandez Vicens and Isaac P. Creus, has quickly become a festival must-see, travelling from Brazil to Finland and grabbing an award nomination from our friends at the NIFFF! This anxiety filled thriller behind closed doors presents, with its provocative style, the morbid face of a stupid mistake that quickly turns into a living nightmare.