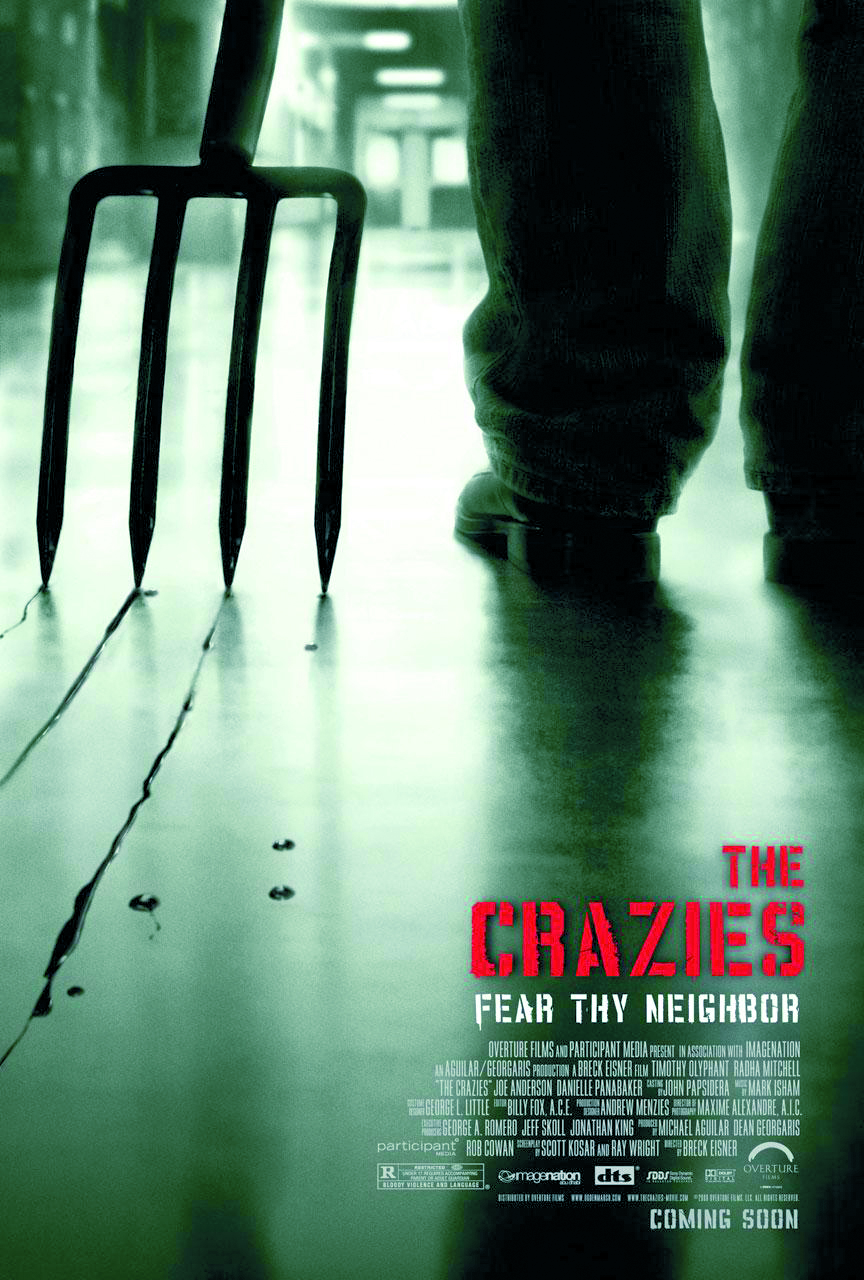 David Dutton is the sheriff of Ogden Marsh, a picturesque American town with exemplary, law-abiding citizens. Then, one night, one of them freaks out. He shows up at the local baseball game with a loaded shot gun and threatens to shoot everyone. Luckily, Dave can overpower him. But it doesn’t end there. Another inhabitant sets fire to his house, with his wife and kid locked up in a closet. An epidemic of madness is affecting the citizens of Ogden Marsh with dazzling speed. Those who have not fallen prey to the infective rage, try to barricade themselves. David, his pregnant wife Judy, medical assistant Becca and David’s assistant Russell must try to survive the night and escape from the raging creatures that used to be their family, friends and colleagues. This year, you’re not only going to savour the new Romero, you’ll also be able to enjoy this most excellent remake of his horror classic from 1973. Behind the camera, Breck Eisner, director of Thoughtcrimes and Sahara and for the moment busy preparing the remake of Flash Gordon. In front of the camera, nothing but acting goodness : Timothy Olyphant ( Seth Bullock from Deadwood ) tries to lay down the law as David Dutton and Radha Mitchell ( Silent Hill, Pitch Black, Finding Neverland ) stands by her man as Judy. Another asset of this horror fest is the script by remake specialists Ray Wright ( Pulse, Case 39 ) and Scott Kosar ( The Amityville Horror, The Texas Chainsaw Massacre ).