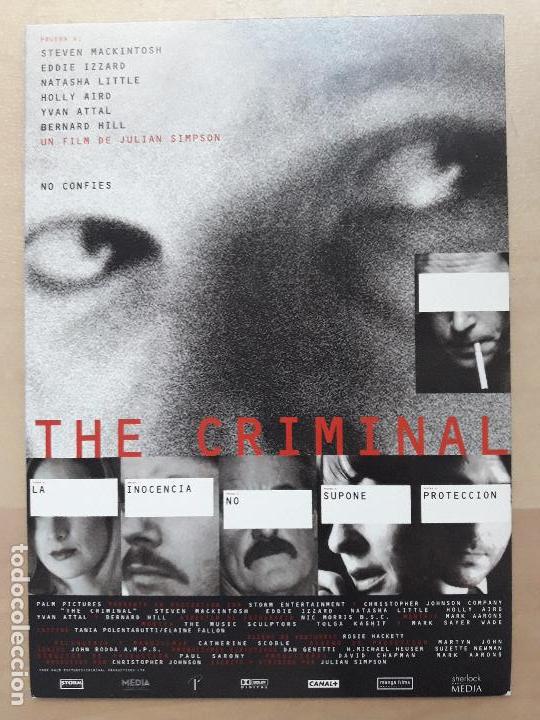 When J., an unemployed musician in London, meets Sarah during a drunken night at a bar, he has no idea how the next few hours will affect his life. Sarah is found murdered in J’s flat, which plunges him into a world of espionage, deceit, disinformation and state-ordered executions. J. has found that he has become the most convenient suspect. Over the next three days, he races against the clock to clear his name, absorbing the violence of several attempts on his life until he is forced to retaliate. From the references to the main character as J., echoing Kafka’s The Trial, to the multi-narrative framework seen in such films as The Usual Suspects and Brazil, The Criminal is an intriguing, dark and fascinating journey into the world of deceit and betrayal. The film never ceases to engage the viewer at every turn, ably assisted by performances from Steven Mackintosh (Lock, Stock & Two Smoking Barrels), celebrated comedian Eddie Izzard (Velvet Goldmine, Shadow of the Vampire) and the late Bob Peck (Smilla’s Sense of Snow, Fairytale : a True Story). Writer and director Julian Simpson (Any Dream Will Do, Thief Takers) makes sure that there’s a lot going on in The Criminal. This makes the film so enjoyable. We may be sure in our ability to work out what is happening, but Simpson will undoubtedly surprise us every time.