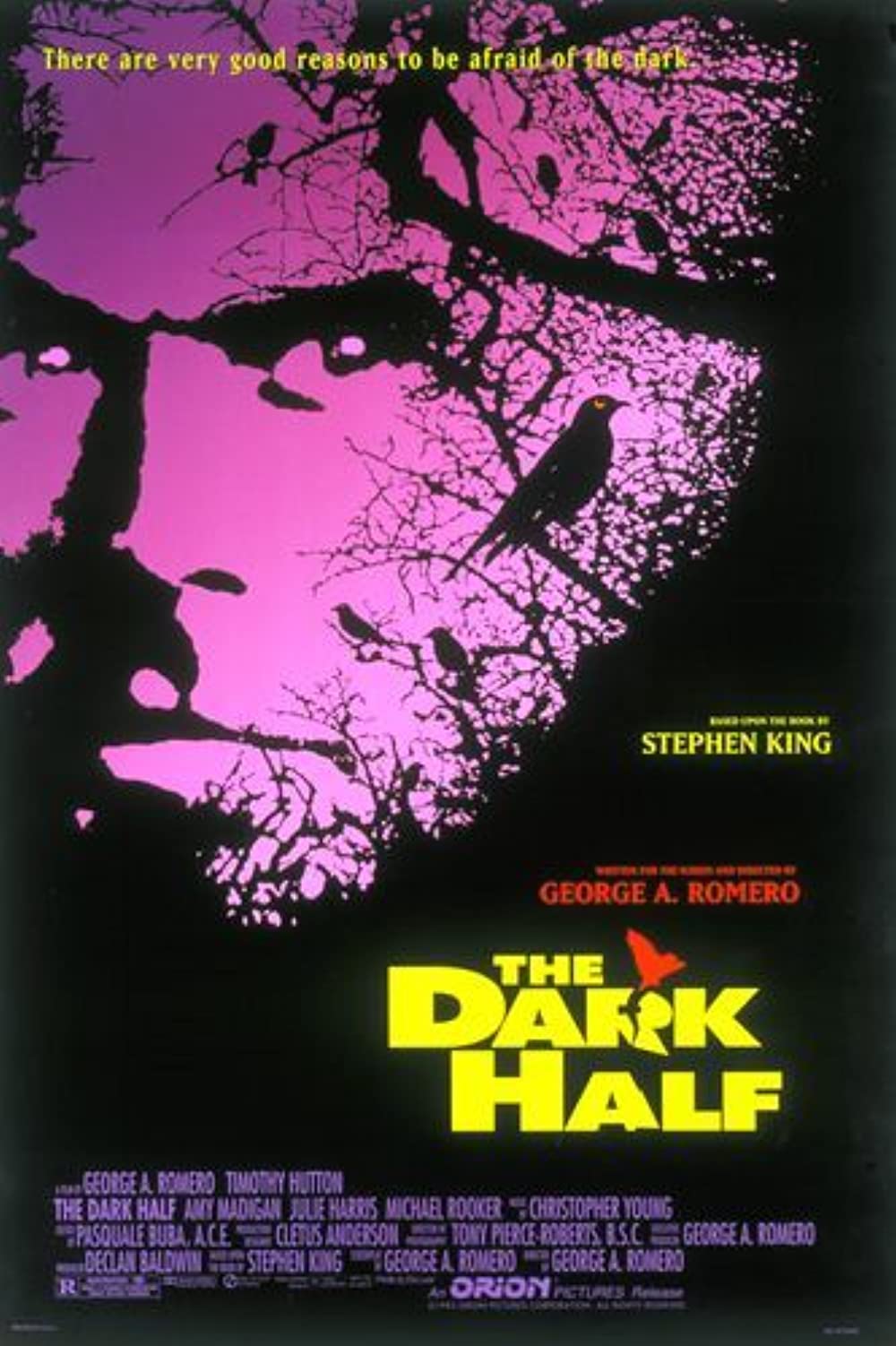 Thad Beaumont has everything to be happy, a loving wife, two adorable babies and a chair in literature at university. He has a well-kept secret. Under the pseudonym George Stark, he writes successful ultra-violent novels. When someone tries to blackmail him into revealing his double identity, Thad arranges a spectacular staging of the death of his literary alter ego. Under his own name, he then embarks on a more respectable work. Everyone is happy, except… George Stark himself. Something or someone crawls out of his grave and sets about murdering everyone who knew about Thad’s double identity with diabolical pleasure. Our writer, already suspected of murder and with his beloved family in danger, sees only two ways out. Resurrect George Stark in a new novel or confront his “dark half.”

Let’s just say it. The Dark Half is one of the most successful film adaptations of a story by the king of horror Stephen King. This was guaranteed by George A. Romero (Monkey Shines, Night of the Living Dead, Zombie, etc.), who, after Creepshow, worked with King for the second time. This modern Jekyll & Hyde was almost lost to posterity due to the unexpected bankruptcy of the production company Orion. Fortunately, your Festival was able to get hold of a copy for European eyes. Just like in that other excellent adaptation, Misery, a writer is terrorised by his paper creation. Admiring tongue whispers that the grand finale even makes Hitchcock’s The Birds look like shit. Timothy Hutton (Ordinary People, The Falcon and the Snowman, Q and A) delivers a fine double performance as Beaumont-Stark. Amy Madigan (Field of Dreams, Streets of Fire) is Thad’s watchful wife and Michael Rooker (Henry from Henry, Portrait of a Serial Killer, Days of Thunder) tracks down the sheriff.