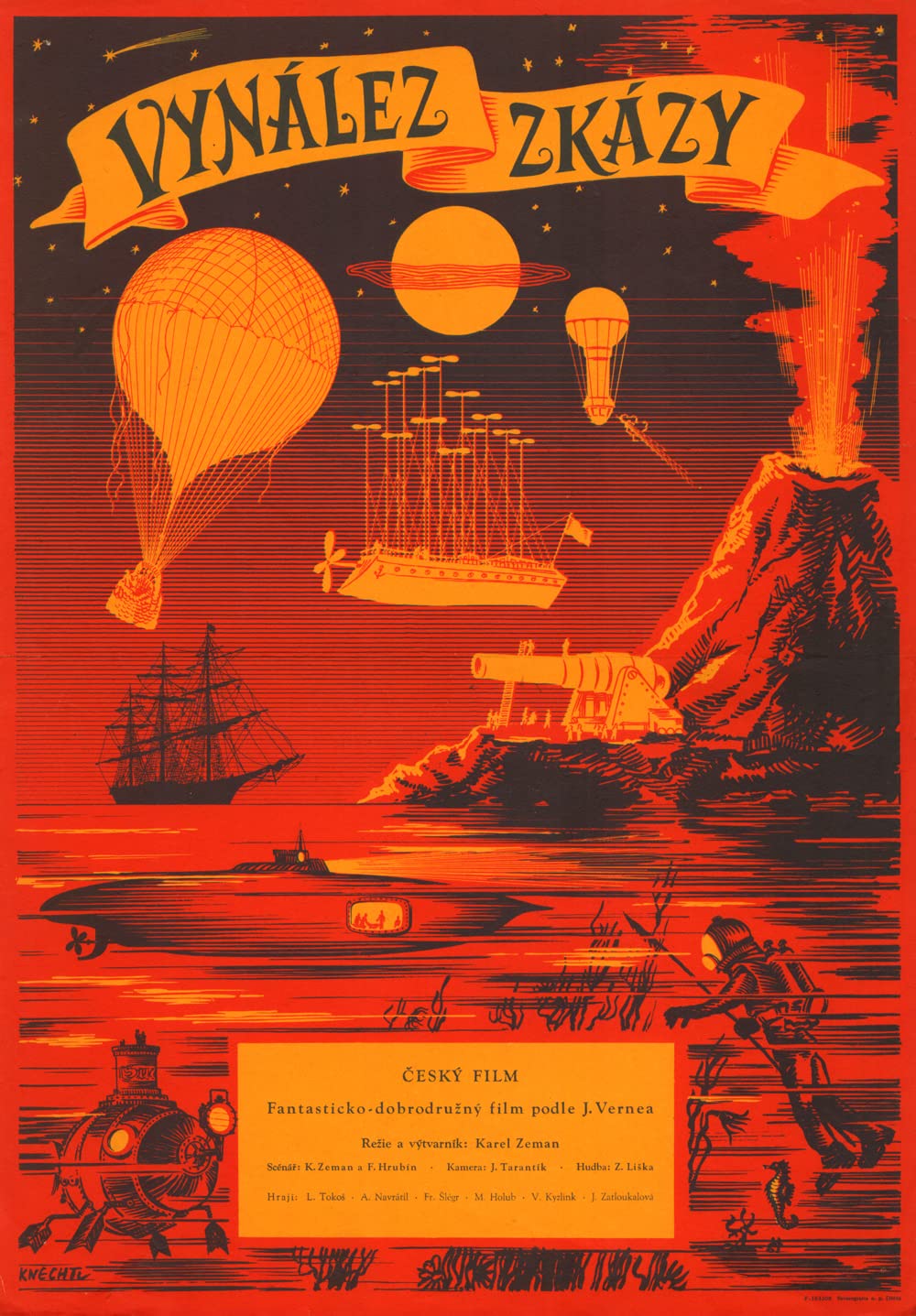 This film is from a man we can call without any doubt the second Méliès because of his amazing fantasy and poetry, which is clearly taken from the French filmmaker who, at the beginning of the twentieth century, made lots of short films with trickery. Based on the work of Jules Verne, K. Zeman succeeds in doing the impossible: pirates, scientists, divers who ride their bikes in the deep sea,……they all come to live for our enjoyment and amazement ! The story begins when scientist Thomas Roch makes an important discovery that makes petroleum and coal obsolete (in 1958 !!). This discovery is of a lot of interest for many people. Roch and his assistant Hart are even abducted by a strange doctor..