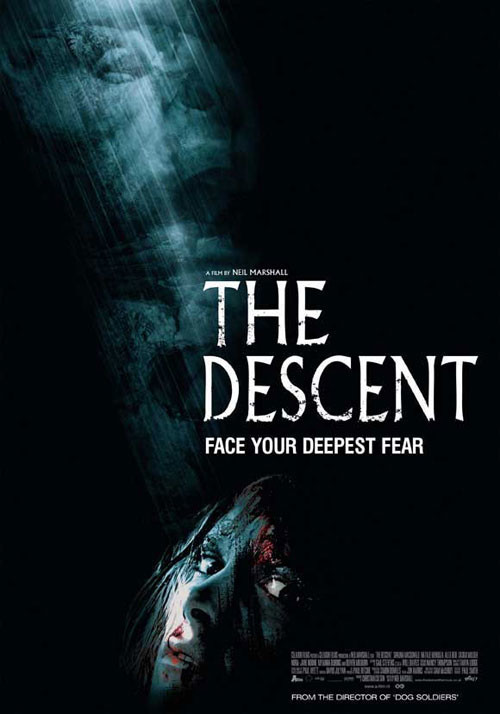 On the anniversary of a fatal whitewater rafting trip, sex independently spirited women reconvene in the Appalachian mountains, determined to pit their wits against the area‘s labyrinthine caves. The group dynamics are strained from the outset, with Sarah still heavyladen with loss from the previous year’s accident and Juno harbouring a guilty secret that Beth already suspects. Pressure mounts when the women lower themselves into a cavernous crater within whose darkness lies the promise of hallucinations, paranoia and asphyxiation. When a rock fall cuts off their escape route, the group discover that the only way out is down. They venture further into the bowels of the Earth, squeezing themselves through ever-decreasing circles as they journey towards a seventh level of hell. After winning our Golden Raven 2001 with Dog Soldiers, director Neil Marshall seems to be hungry for more. The nihilistic frightener The Descent must be one of the best horror movies in recent years. In the first half of the film, he grabs us by the throat with a bravura evocation of the real-life terrors of entrapment. Then the monsters arrive and The Descent switches gear, turning into a shock feast of unrelenting gore, while the brilliant all-female ensemble cast, including Shauna MacDonald (The Debt Collector), Alex Reid (Wilderness) and Saskia Mulder (The Beach), become every bit as deadly as their savage surroundings.