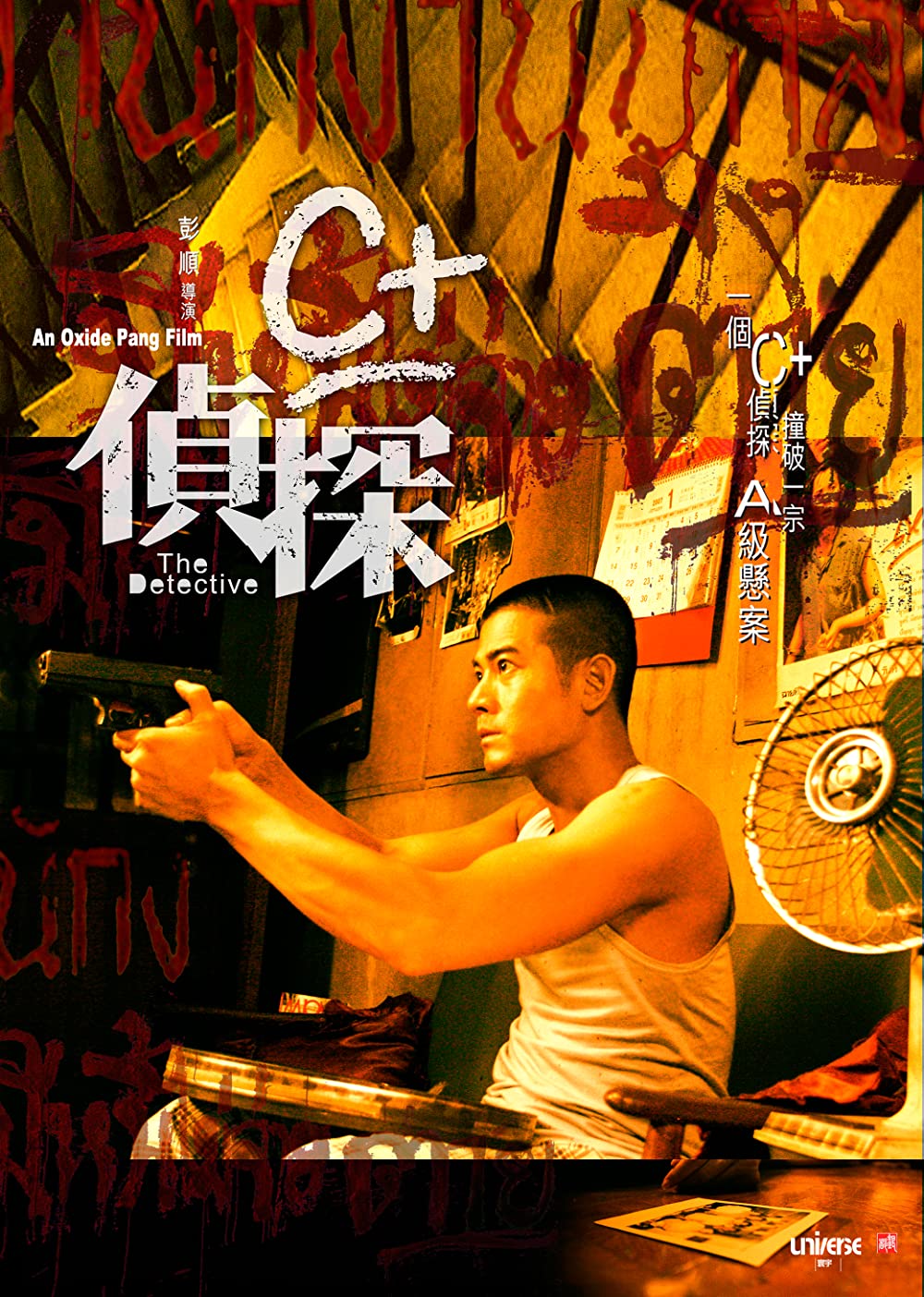 Tam is an impoverished private detective. Business is very slow. Then a guy called Lung walks into his office, looking terrified and asking for his help. He shows Tam a picture of a young lady and tells the detective that she’s following him. Lung doesn’t know much about her, but he’s convinced she’s out to kill him. When he also drops a large wad of cash on his desk, Tam takes the case. He finds out that the picture was taken at a Mahjong parlor, where they tell him that the girl is called Sum. She hasn’t been around much recently, but maybe her boyfriend Ming might know her whereabouts. When Tam enters Ming’s apartment, he finds his decayed body hanging from a noose. From then on, the body count rapidly rises. Everybody who was involved with Sum, seems to die. Directing brothers Danny and Oxide Pang seem to have a subscription to the Bifff. After The Eye, The Tesseract, Ab-Normal Beauty, Re-Cycle and The Messengers, they return with The Detective, a stylish and entertaining mystery thriller starring Aaron Kwok ( The Stormriders, Divergence, After This Our Exile ) as detective Tam. He’ll lead you through an investigative journey with many smart twists and turns, accompanied by the Pang‘s impressive array of visual tricks. Tight camera angles compliment the gorgeously gritty, dirty surroundings, punctuated with excellent sound design that builds perfect tension.