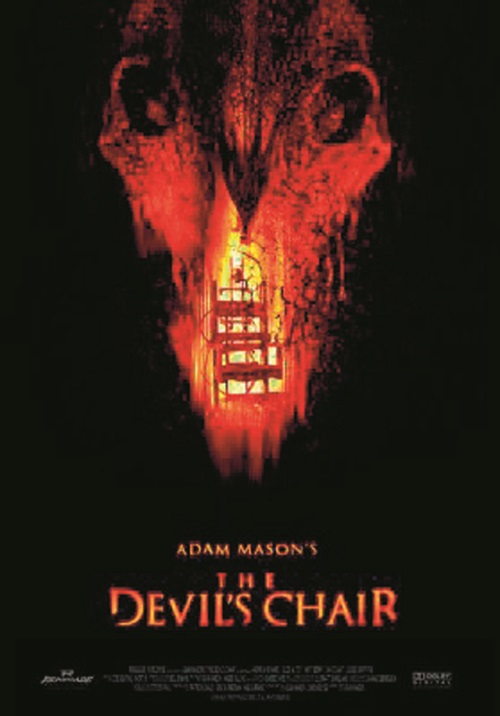 With a pocketful of drugs, Nick West takes out his girlfriend Sammy for a good time. When they explore an abandoned asylum, they discover a bizarre device, a cross between an electric chair and a sadistic fetish machine. After Sammy is brutally assaulted and murdered by unseen forces, Nick becomes the prime suspect and is locked up in a mental hospital. Years later, he’s released into the care of eminent psychiatrist Dr. Willard, who is hell-bent on exposing the truth behind the killing. Accompanied by the doctor and several of his students, Nick returns to the scene of the crime. However, the decrepit asylum hides a blooddrenched secret. With the entire team in mortal danger, their only hope is the clinically insane Nick. Director Adam Mason and screenwriter Simon Boyes caught horror fans last year at the Bifff with Broken, a harrowingly credible ordeal of sadistic kidnapped captivity. Their latest feature, The Devil’s Chair, is a dark and terrifying tale of a man fucked up by demons that are not just in his mind, but all too real. Andrew Howard’s ( Revolver, Cassandra’s Dream ) intense performance of brutal anti-hero Nick is complemented by an elegantly haunting score. Buzzing flies, peeling paint and rotting debris are spun into a nightmare vision of a hell that might live in the darkest recesses of the human psyche.