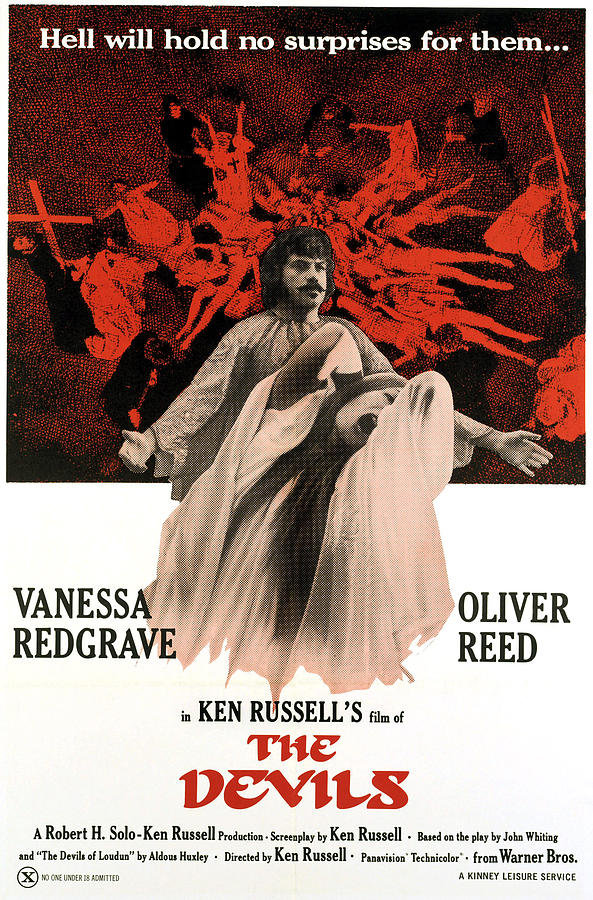 Ken Russell’s film The Devils, inspired by a demonic possession in Loudon, just like Jerzy Kawalerowicz movie Mother Joan of the Angels, has a powerful impact. The story is set in the 17th century. For political reasons Cardinal Richelieu has decided to demolish the fortifications of the cities that are ruled by his adversaries. One of those cities is Loudon. His trustee Laubardement is sent to Loudon, where the man immediately clashes Grandier, the city priest. To fulfill his mission, anything goes for Laubardement. It all goes haywire when Grandier is accused of conspiracy with the devil. Religious madness sweeps the city and many innocent victims are burnt at the stake. With magnificent performances by Oliver Reed and Vanessa Redgrave.