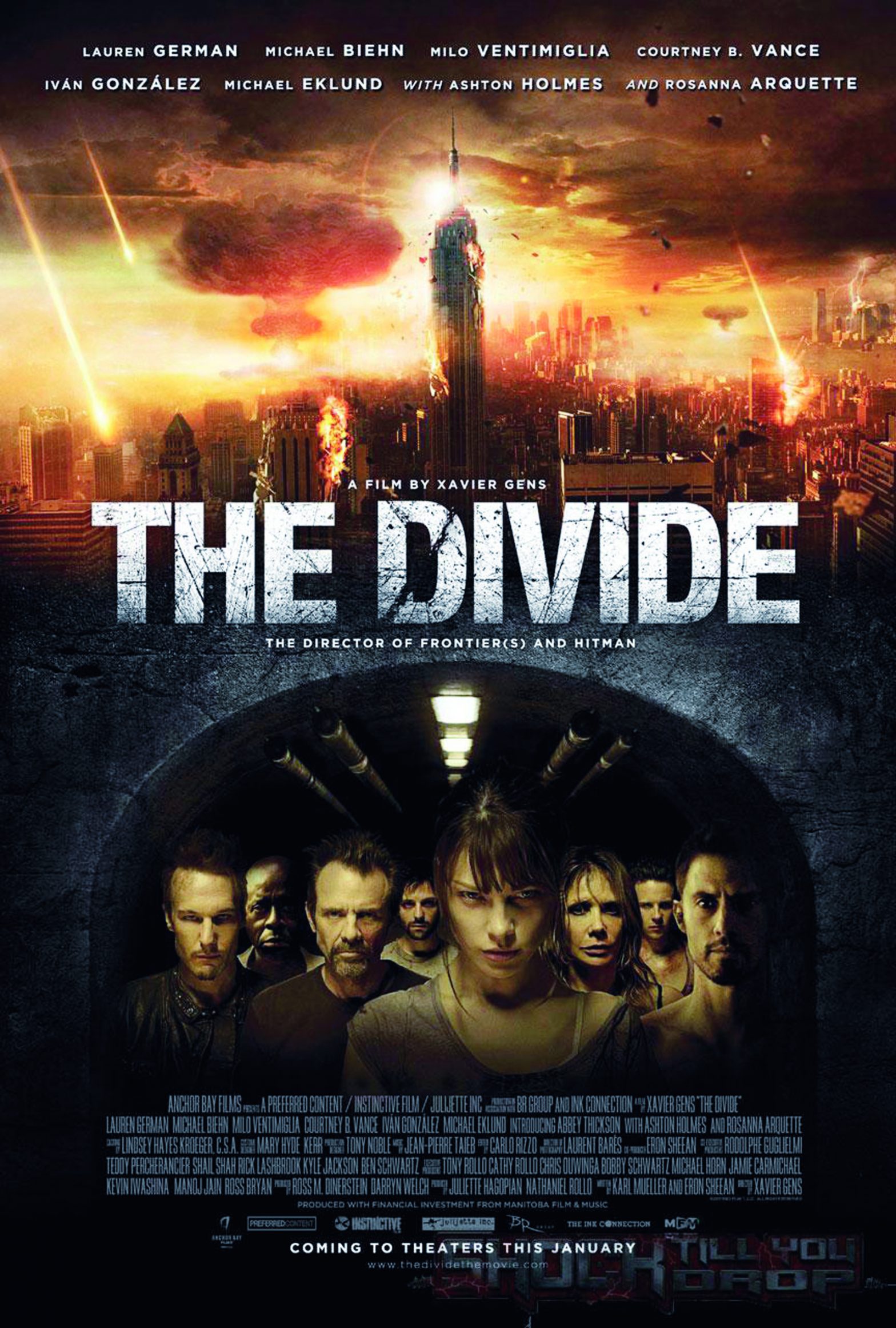 Nukes are falling on a major American city. Gripped by mortal fear, the inhabitants of a skyscraper trample each other on the stairs, desperately seeking for shelter. In the basement, a fortified door is closing. A few manage to pass through before it locks shut, condemning those left behind to certain death. This self-built shelter is the domain of Mickey, the janitor, a foul mouthed, racist, misogynist survivalist. His authoritarian command does not go well with his uninvited guests. Trapped in the filthy, dark cellar, with only a small supply of food and water and with the effects of radioactive radiation starting to manifest, the thin layer of civilization melts away to make room for a raw and brutal struggle for survival. In 2008 young French director Xavier Gens left quite an impact at the BIFFF with his hard hitting horror film Frontières. This Gallic “Texas Chainsaw Massacre with Nazi’s” was his ticket to Hollywood, where he was hired to direct the computer game adaptation Hitman. With this second American feature, he seems to have found his stride in Tinseltown. The Divide, a post-apocalyptical version of Lord of the Flies, is even grimmer, harder and more intense than Frontières. The dedicated cast are going through one hell of an ordeal, with Michael Biehn ( The Terminator, Aliens, The Abyss ) giving one of the best performances of his career as Mickey. The Divide is an unbearable lesson in advanced Darwinism.