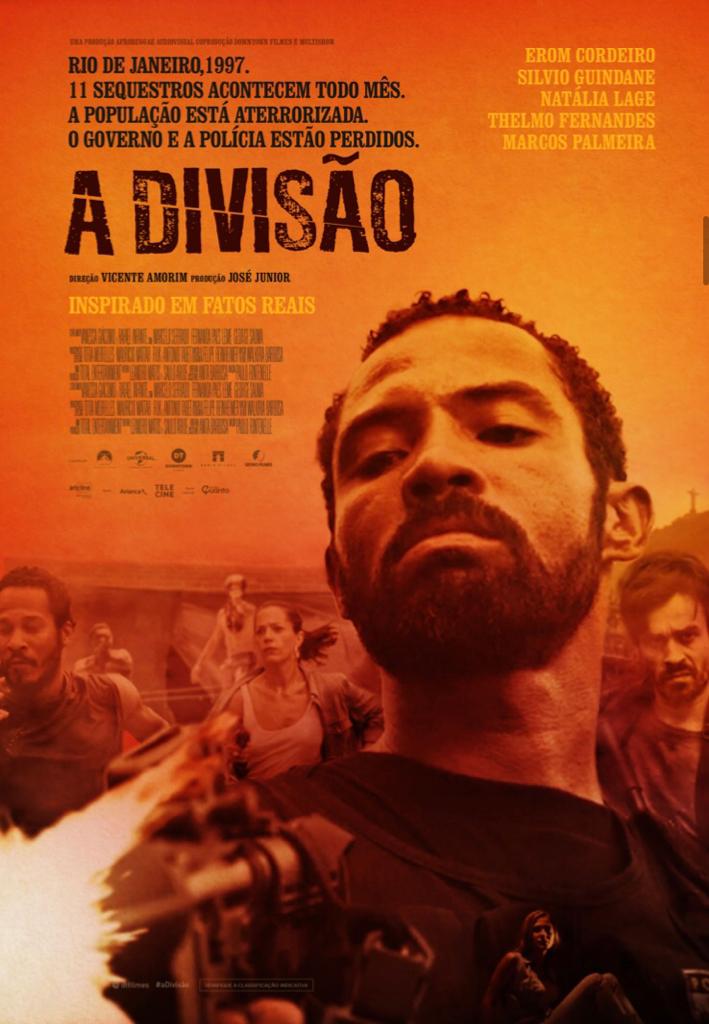 Rio de Janeiro, 1997. “Love me, love me, say that you love me” the Cardigans croon on the radio, but that’s of little comfort to the girl who’s listening. She’s being held hostage in a sleazy room and her captors demand ransom from her rich senator of a dad. She’s one of the 11 kidnappings that take place in the city every month. The anti-kidnapping division of the Brazilian police decides they’ve had it. It’s time for some serious action! Mendonça, an incorruptible but trigger-happy cop, takes charge of the notorious Division together with… the ever-corrupt Santiago ‘All Stars’, who’d rather extort criminals than arrest them.  Their task is clear. Stop the kidnapping epidemic. THE DIVISION, the big screen off-shoot of the eponymous Brazilian television series, shows – according to director Vincente Amorim – “the genesis of what we are living through in Brazil today, with a president who defined his election campaign around violence”. Violence, that’s the only language both cop and criminal seem to speak in this tough-as-nail action-thriller that fits right in with CITY OF GOD and ELITE SQUAD, but just as well brings to mind THE WIRE and Sidney Lumet’s PRINCE OF THE CITY.